Home » Celebrities » Martha Stewart’s business rule: You should be available for calls on weekends

Harper’s Bazaar did an absolutely amazing interview with Martha Stewart about her life and her many businesses. I get so used to covering interviews with 20-somethings who can only talk about their diets and their makeup, I feasted on this Martha interview. Martha has LIVED. Martha has done it all, seen it all, done time, worn hot pants, modeled in Paris, run a billion-dollar empire from her country home, and on and on. She is the original and I love her. Some highlights from this excellent piece:

She plows her own roads on her Bedford estate: “Oh, I love to snowplow. I was out there actually for three hours before I realized it was three hours, and I was semi-frozen to death. But it was fun.”

She doesn’t actually smoke weed: “What do they call it? A contact high? That’s the extent of my getting high with Snoop, is secondhand smoke, which is pretty serious, by the way.”

Her CBD line, which Snoop helped her with: The line includes CBD oil drops and softgels, but the stars are clearly her Wellness Gummies, which Stewart says she based on the French confection pâte des fruits and can be bought in a colorful, gorgeously packaged, $64.99 sampler box with 15 distinct flavors, like quince, rhubarb, and calamondin. “Boy, nobody has gummies that taste like tha… you don’t get high off the gummies; you get relaxed.” Stewart claims she can take 20 at a time.

Getting married at 19 & having a baby at 23: “Nobody does that anymore. Nobody! Isn’t that crazy? It was so natural for me.… I don’t plot out things. I am a doer. Doers just take it all in stride.”

Working as a stockbroker on Wall Street: “We were the real thing. You saw the movie Wall Street? I lived it. I mean, every man on Wall Street was trying to get you. Every man was trying to touch you in the cab. We had martinis for lunch.” One broker she knew locked women in his apartment for kinky reasons…“I adopted one of their cats because he wouldn’t let her go home to feed the cat. So I got Magnolia.” Stewart, though, “was a modest girl. I did not f–k around, if you want to use that word.”

She wore hot pants to work: “Do you remember hot pants? You’re too young; You don’t know anything,” she says. Little, tiny short shorts “where you see plenty of leg and a little bit of your butt.” Stewart says she had two pairs in velvet, one dark brown and one a peachy shade, that she’d wear with an alligator belt and a tight sweater tucked in. “And I looked great in them. We would sit with our feet up on our desks, and I had high-heeled shoes on or boots. And that’s what we wore to work.”

The Me Too movement & tolerating men’s behavior: Stewart says that getting ahead as a woman in business meant tolerating a certain amount of bad behavior. “You had to keep your cool and just do your thing, and brush them away.” As with other successful, pioneering women in business who knew no other course than to “brush them away” and compartmentalize the misogyny, the Me Too movement has proved complicated for Stewart. “It has been really painful for me. I’ve known almost every single one of the famous guys that has been accused and set aside. Some were certainly guilty of a lot of what was accused. But some were—it’s just their awful personalities. I am not going to mention their names, but I know those people very, very well, and you know the man just talks about sex during dinner. That doesn’t mean anything to me.”

On her prison time: “I knew I was strong going in and I was certainly stronger coming out. It was a very serious happening in my life. I take it very seriously. I’m not bitter about it, but … . My daughter knows all the problems that resulted because of that. There’s a lot. My only big regret that I can talk about is that Saturday Night Live asked me to host. My probation officer wouldn’t give me the time. That really pissed me off, because I would have loved to have hosted Saturday Night Live. I’d like that on my résumé.”

She hasn’t fired anyone during the pandemic: Now they’re up to 30 people on the farm, having essentially turned her home into a TV production studio. Stewart has a concierge doctor come by to do Covid tests twice a week (two people tested positive, and they quarantined away from the farm). Everyone practices social distancing, wears masks, and eats lunch in their cars.

Don’t ever think you’re better than anyone else. Creative directors and housekeepers are “all on the same plane. There’s no hierarchy in my life. I will wash the floor if I have to wash the floor. I’ll take out the garbage if nobody else has taken out the garbage. The CEO should be available to everybody at all times, if possible.”

Another rule of business: “You should be able to call anybody anytime, even on weekends,” Stewart says. She once called a new employee on a Sunday. He said he was taking a bath and couldn’t talk. “I knew I couldn’t work with that person. I just couldn’t. If you can’t talk on a Sunday and you take umbrage that I’m calling you on a Sunday—you know, if you are a terribly religious person, I take that into consideration. But I knew this guy was not a terribly religious person. It’s exciting! Business is exciting. I want people to feel that way about business.”

I always forget that Martha did have that extensive experience on Wall Street, and that her life wasn’t always baking and gardening. She really did see it all, and she saw it all in an industry which was, at the time, 99.9% male. She was like a sponge, soaking up all of the business knowledge and then she applied that to her real passions: homemaking, aspirational living, gardening, cooking. Completely badass. But the whole “you must be available to take a call on weekends” thing – it’s very American! As an American, I understood what she meant, although I’m sure the Europeans find it gauche. 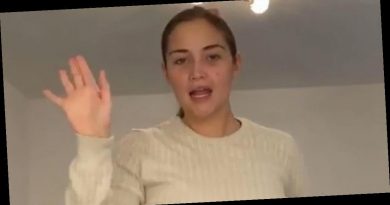 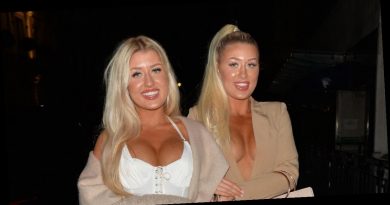