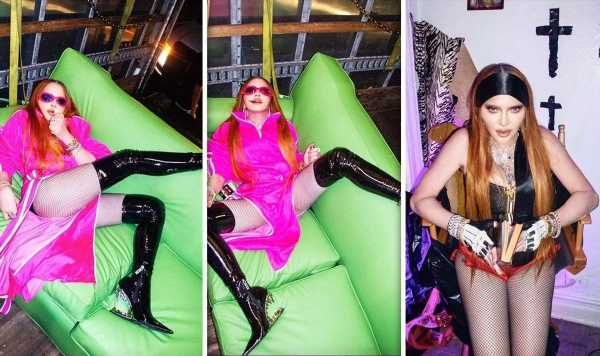 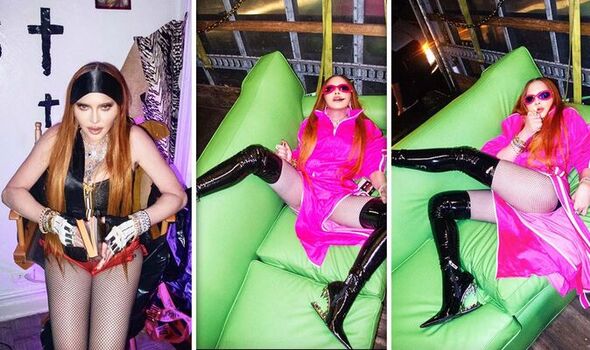 Madonna has left nothing to the imagination

Madonna flashed her toned legs in a skimpy outfit

Madonna, 64, stunned fans as she shared a new series of pictures where she flashed the flesh alongside rapper and sexual content creator Tokischa.

Tokischa, 26, and Madonna have teamed up to record a new version of the Like A Virgin hitmaker’s track Hung Up, entitled Hung Up on Tokischa.

The pair could be seen posing seductively and touching tongues in their new collaboration, which the Material Girl singer uploaded to her social media.

Some of the photos, shared in view of Madonna’s 18.5 million Instagram followers, showed the age-defying star wearing a long dress with a daring thigh-high split, paired with fishnets.

Madonna, who now sports long auburn hair, gave the camera a defiant look as she showed off her vinyl, over-the-knee boots that accentuated her toned legs. 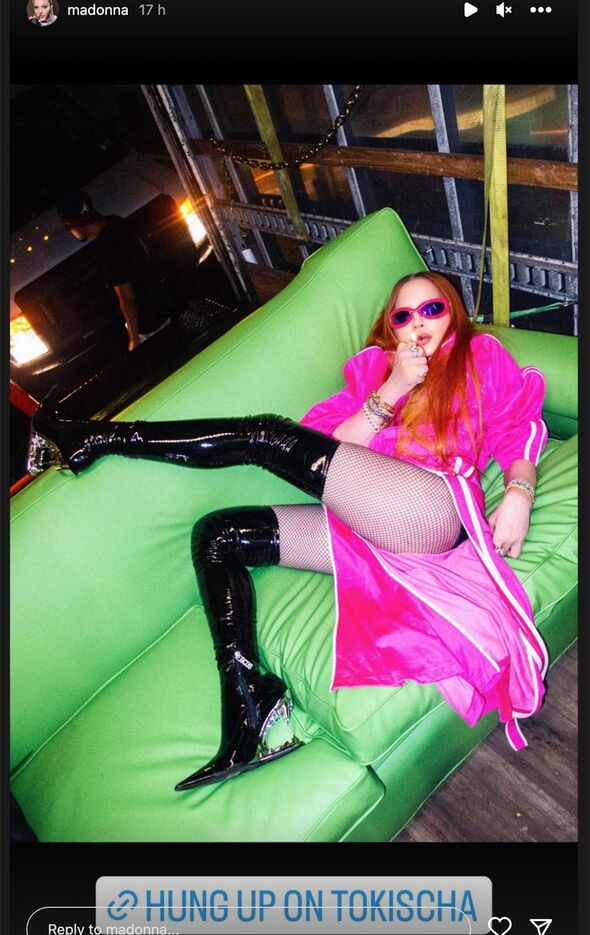 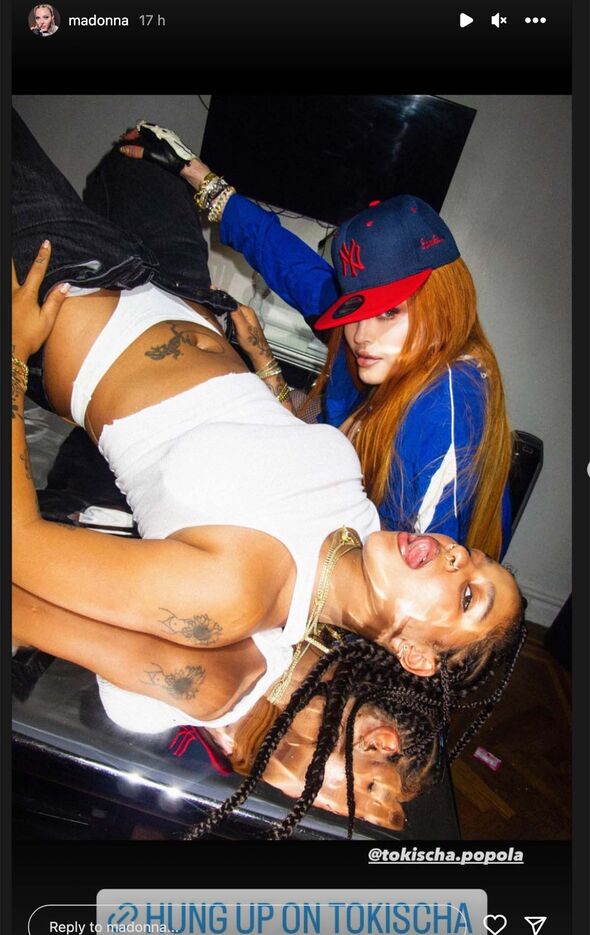 Madonna stunned fans as she shared the new series of pictures 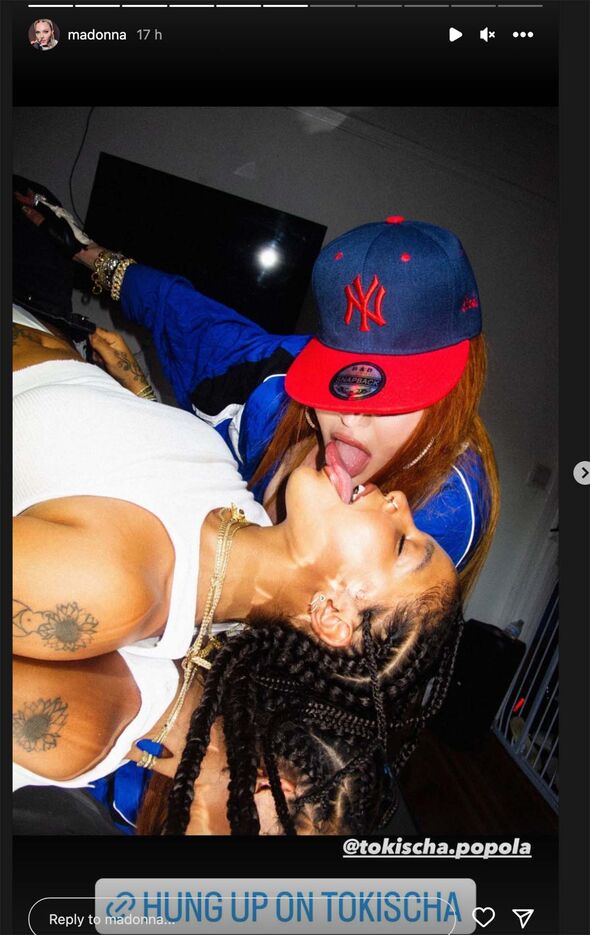 Madonna and Tokischa could be seen posing seductively

The pair touched tongues in one of the pictures 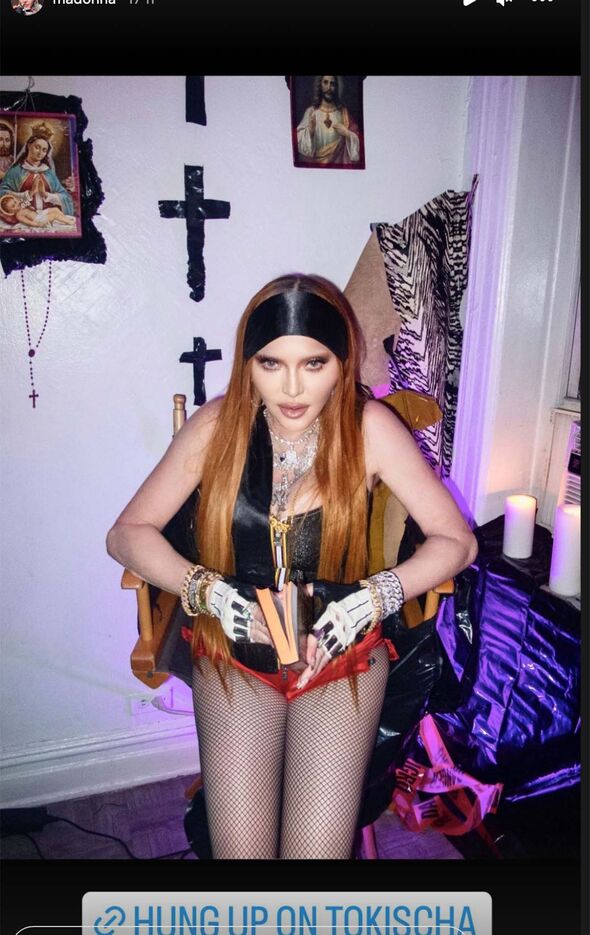 Madonna shared the photos in view of her 18.5 million Instagram followers 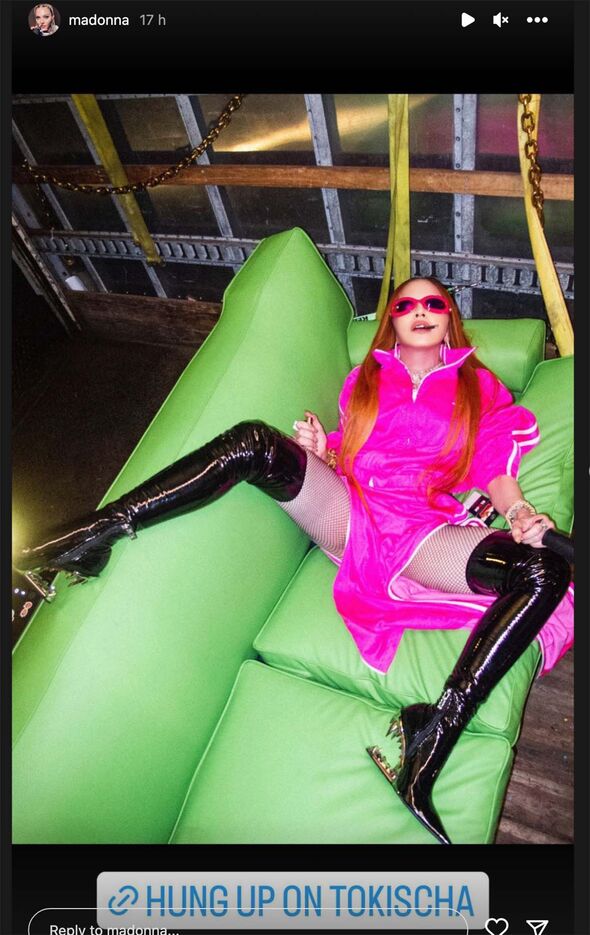 Madonna posed with her legs spread while lounging on a sofa

Madonna paired the dress with fishnets 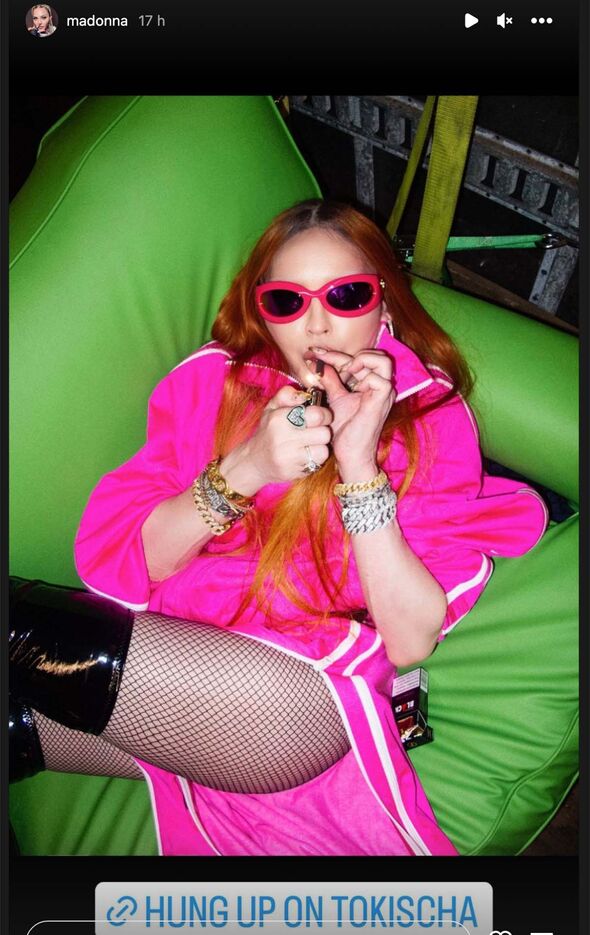 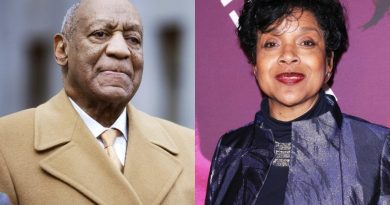 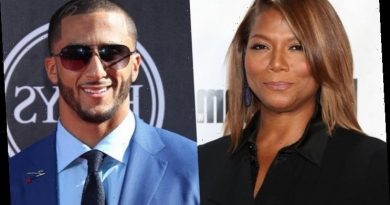 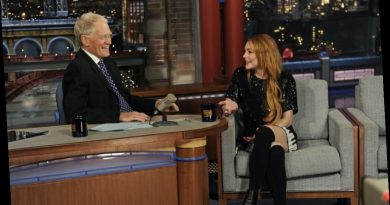