Home » Mackenzie Standifer: Maci Bookout Is Just a Bully Who Lies to Her Fans!

Mackenzie Standifer has had a lot to say this week.

And most of it has had to with her feelings toward Maci Bookout and MTV.

And Maci hasn’t even tried to hide the fact that she’s the one who got them canned.

So it makes sense that Mackenzie would harbor some ill will toward Ryan’s original baby mama.

But we don’t think anyone expected her to go off on Maci quite the way she did.

Both Standifer and Edwards spoke to UK tabloid Ths Sun this week, but it’s Mack’s comments that are getting the most attention — and with good reason.

Mackenzie accused Maci of exploiting her kids for money, arguing that she allows her children’s most private moments to be filmed in order to boost Teen Mom OG ratings, and thus, remain employed.

Alleging that she was initially misquoted in The Sun, Mackenzie clarified her comments in an interview with In Touch earlier this week.

“They’ll use children to make a buck,” Mackenzie told the outlet.

Standifer also lashed out at MTV and the Teen Mom OG production staff, alleging that she and Ryan were victims of bad edits on their final season of the show.

“The people who run the show hide stuff from you so you just don’t really know what’s going on,” she said.

“They take stuff out of context and make you look like an a–hole when you were just trying to answer a basic question not about somebody else.”

Mackenzie added that while she and Ryan were made out to be villains, producers went to great lengths to make Maci and husband Taylor McKinney look completely blameless.

“Maci and Taylor are very aggressive people but they don’t like to portray that,” Standifer said.

“I don’t care how much money you’re waving in my face, I’m going to stay true to myself and I’m not going to follow behind like a little puppet.”

Mackenzie said that despite rumors that she and her husband are out of work, she’s currently employed as a sales rep.

“I would work until my fingers bled before I went back,” she revealed.

(Interestingly, Standifer did not comment on Ryan’s employment status, but we’re guessing you can figure that out for yourself.)

Mackenzie’s not denying that she and Ryan were fired from the show, but she insists that they would have left of their own volition before doing another season.

The problem, she says, is that in order to continue with the series, she would have needed to present a fraudulent version of her life.

“I just can’t get down with a false narrative about our own lives and I’m happy to be gone,” she said.

“The things that I was seeing on TV didn’t match up with real life, especially in what pertained to me and Ryan.”

On top of that, it seems that she and Ryan clashed with producers on the subject of politics.

“The other thing with MTV is that we’re just not liberal,” Mackenzie said.

She didn’t provide any details as to why that would prevent her from continuing to work on the show, but we guess Mackenzie and Ryan have joined Jenelle Evans and David Eason in blaming “the libs” for the fact that they lost the world’s easiest job! 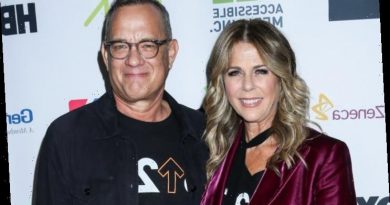 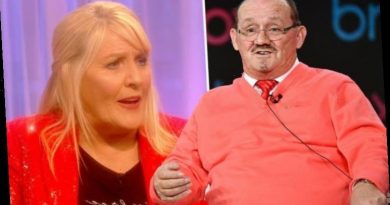 Brendan O’Carroll: ‘It makes it difficult for her’ Mrs Brown’s Boys star in wife admission 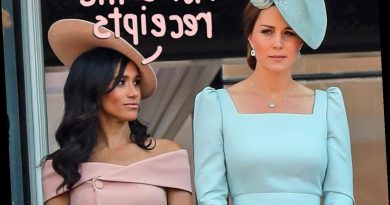 Here’s What Meghan Markle Allegedly Emailed To The Palace About That False Kate Middleton Story!