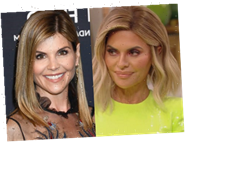 On this week’s The Real Housewives of Beverly Hills, Lisa Rinna threw some serious shade at Lori while talking to her own daughter.

The two of them discussed the 18-year-old’s preparations for college.

“Take me through exactly what you’ve done up to this point,” Lisa asked her.

“I have all my math requirements to transfer into USC,” Amelia reported.

“But,” she explained, “this is so that if I get in, then I won’t have to take another math class.”

That way, Amelia reasoned, “I’ll have my math credits for college.”

Math is not fun for most of us, even for many who are good at it. The last thing that you want is to be a grown adult who has to do math.

“Good,” Lisa decreed, seeing an opportunity for a joke that was, at the time, topical.

She continued: “because I’m not going to put you on a rowing machine and take a picture of you and say that … .”

Lisa was obviously referring to the college admissions scandal and, specifically, to Lori Loughlin and husband Mossimo Giannulli.

Infamously, they snapped photos of daughters Olivia Jade and Isabella Rose as part of an expensive scheme to guarantee college admission.

But Amelia quickly interrupted her mother.

“That was the wrong thing to say,” she hastily stated.

Amelia reminded her mom: “I’m trying to get into USC here.”

Lisa, at this point, was still laughing at her own joke.

Still, conscious of the cameras — both from paparazzi whom she had observed and from Bravo’s production team, she clarified.

She affirmed: “I would never, ever do that. I wouldn’t.”

The idea of snapping pics on rowing machines wasn’t to convince a Dean of Admissions that Olivia and Bella have rocking pectorals, or whatever.

The pics were just a piece of the puzzle of constructing a fake athletic career for both daughters to make them appear to be athletes.

Lori and Mossimo are accused of doing much, much more than just taking pics of their daughters on rowing machines.

According to prosecutors, they spent a combined $500,000 in bribes to get their daughters into UCLA.

Why drop a cool half-million on getting their girls into a state school? There could be all sorts of reasons.

Bragging rights, feeling like they’re giving their kids a “normal” childhood, even just ensuring that they have life experiences.

Whatever their motivations for the alleged crimes, Lori in particular has become the butt of many jokes before Lisa’s.

But yes, we can see why the teen daughter of a millionaire actress might not want her mom to even joke about that.

Lori was not the only celebrity accused. Felicity Huffman was also arrested the same day, on similar if lesser charges.

In her case, she was accused of hiring someone else to take the SATs for her less studious daughter — just in case — for $15,000.

Felicity quickly struck a deal with prosecutors and has largely put the scandal behind her, at least as far as public opinion is concerned.

Now Lori is the face of the scandal, and we’re sure that countless VPs and business owners are grateful that their own arrests are more of a footnote.

It is great, but not surprising, to hear that Lisa would not do this “for” her daughter.

(Really, most of the minors involved likely had no idea what their parents had done ostensibly on their behalf)

Olivia Jade and Bella Rose would have been better served if their parents had simply gifted them a quarter million each and called it a day.

No public humiliation, no scandal, no prison, no making friends in college only to have to drop out in shame. 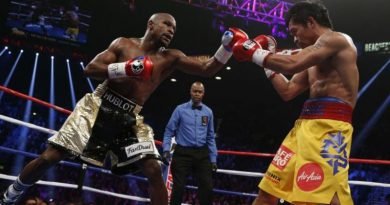 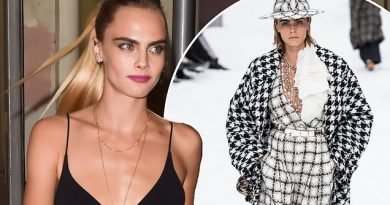