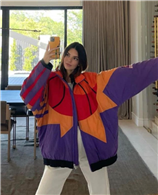 We’re sure that Kendall has spent many blissful days sunbathing on the coast of the Mediterranean and enjoying the culture and cuisine of that unique part of the world.

But these days, Greece’s most famous expatriate is a serious thorn in her side.

As you’re probably aware, Kendall is dating Devin Booker of the Phoenix Suns, which means she’s no fan of Giannis Antetokounmpo.

Kendall has made it clear that she’s very emotionally invested in the outcome of the NBA Finals, which will end tonight if the Greek Freak leads his team to victory.

There was a time when it seemed almost certain that Booker would help carry the Suns to their first championship in team history.

Now, however, the 2-0 series lead is gone, the Bucks are well on their way, and Kendall is probably starting to worry.

Yes, that’s Kendall in a massively oversized jacket of the Starter variety that will be instantly recognizable to anyone who grew up in the nineties.

Needless to say, Kendall is quite open about her love for the Suns, which is a little surprising, as there was a time when the two of them were very secretive about their relationship.

Though Jenner and Booker have been dating since April of 2020, Kendall never spoke about the relationship until the last month’s Keeping Up With the Kardashians reunion specials.

“I have had the opportunity to watch our older sisters go through marriages and relationships and breakups and all these things, and do them pretty publicly…it was personal preference from a really young age that I didn’t want to [do that],” Kendall said of her decision to keep the relationship private.

“I think it makes my life a lot easier and our relationship a lot better, to be completely honest. I just feel like it’s a private matter, it’s not really for anybody else to judge or know.”

That was probably a smart move, as it enabled Kendall and Devin to avoid annoying questions about “the Kardashian curse.”

The ladies of the Kard clan have dated several pro athletes over the years, and some sports fans believe there’s a correlation between Kardashian romances and a decline in performance.

Cleveland Cavs fans even went so far as to publish an open letter begging Tristan Thompson to break up with Khloe.

These haters tend to overlook counter-examples, such as the fact that Reggie Bush won a Super Bowl in 2010 while he was dating Kim Kardashian.

But if the last year taught us anything, it’s that the American public is very, very good at ignoring facts that don’t support their chosen narrative.

And at the end of the day, fans will remember that Devin earned a spot as a Suns legend this season, and he even put up a whopping 40 points in the team’s game five loss to the Bucks.

And he did it all with Kendall cheering him on. 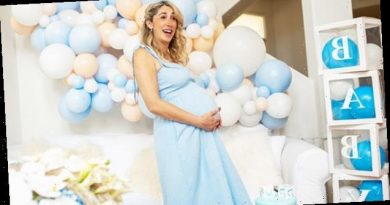 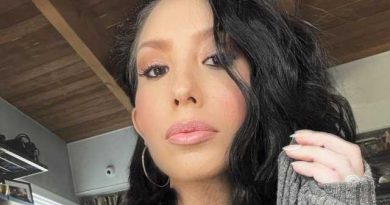 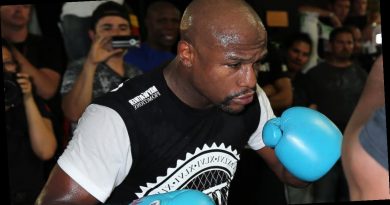 Floyd Mayweather ‘coming out of retirement’ in 2020: Who could he be fighting in his comeback?