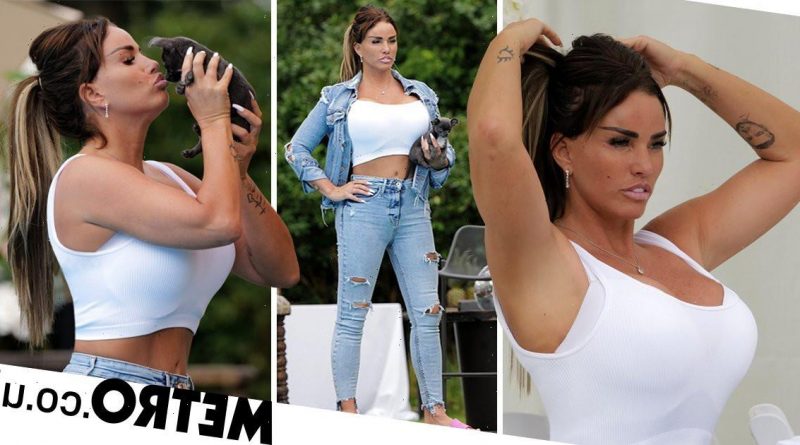 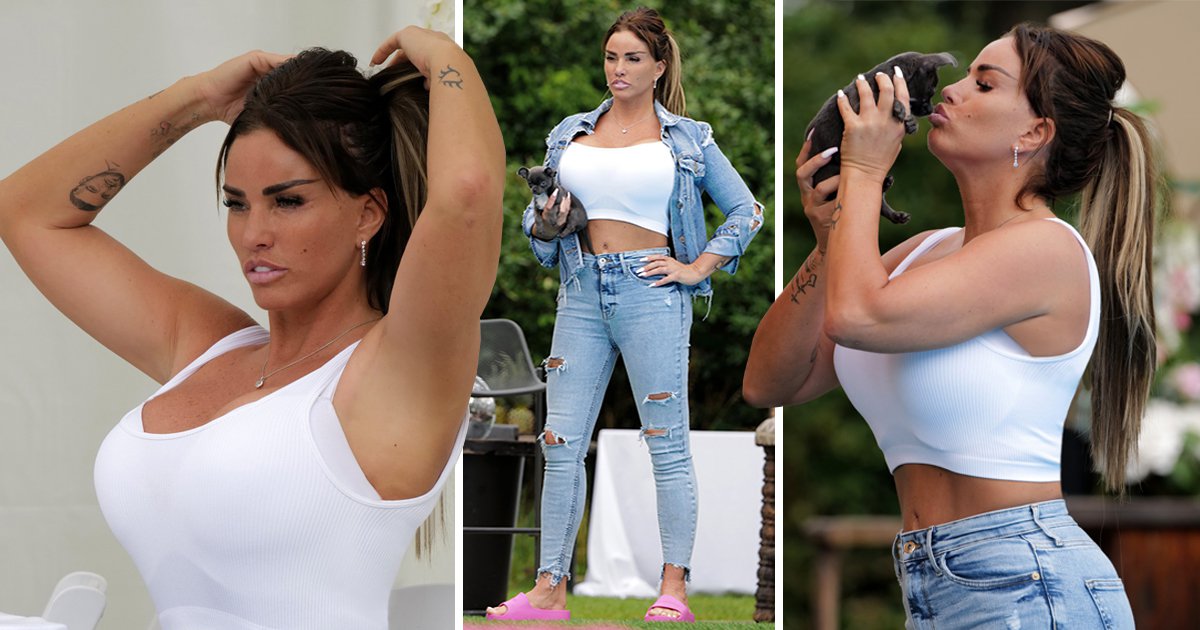 Katie Price has given fans a glimpse of her recent plastic surgery as she posed up for a new photoshoot at a wedding fair.

The former glamour model, 43, flew to Turkey last month where she underwent full body liposuction, a cup lift and ‘fox eye’ lift as well as having fat injected into her bum.

She revealed the results of her procedures as she took part in a photoshoot in wedding fair, wearing a white cropped vest top to show off her perfectly flat stomach.

Katie’s long brown and blonde hair was pulled back to show her face off in full effect, and she grabbed her new puppy, Buddy, who was a gift for daughter Princess’s 14th birthday to pose for some snaps, too.

She was seen holding the tiny grey and white Chihuahua in one hand, before raising him up and planting a kiss on the dog’s nose, making for a very sweet picture.

The mum of five recently spoke out about her latest round of surgery, admitting she feared she would be left looking ‘like a freak’ after the intensive procedures.

Katie also compared the latest round of work to ‘getting an MOT’, revealing on Good Morning Britain: ‘If you get a scratch on your car, you fix it.

‘I’m not trying to look younger, and I definitely don’t want that alien look. I could go over the top, but I don’t want to look like a freak.’

She also denied being ‘addicted’ to having work done, adding: ‘I’m not addicted, but it’s out there and if I feel like I need to freshen it I would.

‘If people want to say I’ve got body dysmorphia, just say it – even my mum says it, “You need to see somebody! You’re not normal in the head, are you?”’

Katie also admitted she was terrified she might die during the surgery, initially thinking afterwards: ‘What the f**k have I done?’

She told The Sun: ‘Honestly, I’ve gone to hell and back, it was horrific — “Oh my God I look like a monster out of a horror movie”.

‘I just thought, “This is it, I’m going to die.” I was terrified of looking like a freak, like that Bride of Wildenstein or a fake doll.

‘I’ve woken up with holes and stitches all over my body. I look like I’ve got cat’s whiskers coming out of my nose and eyes. But I just want the old Katie back!’ 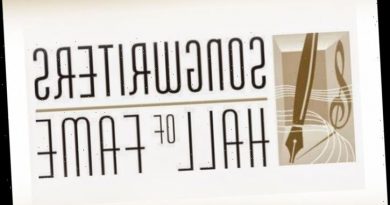 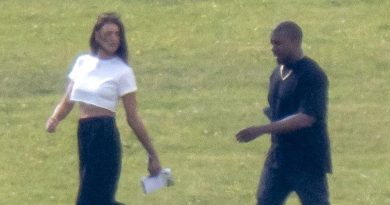