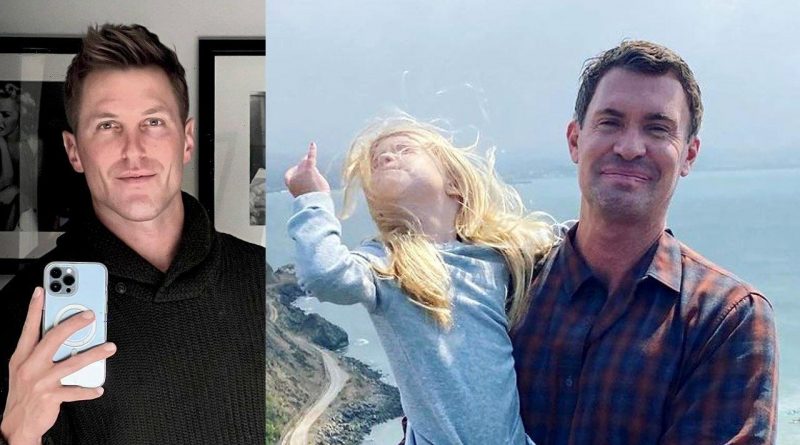 When slamming the radio host, the season 5 contestant of ‘Flipping Out’ says that mentioning their daughter’s name during his show is ‘gross’ as she has ‘a right to privacy.’

AceShowbiz –Jeff Lewis gets slammed by Gage Edward after he mentioned their daughter, Monroe Christine Lewis, several times during his radio show. In a new social media post, the “Flipping Out” alum is accused by his ex of exploiting their little girl.

“As many people know, my preference has always been to not engage. For almost 3-years, I’ve rarely commented on many mistruths said about me,” Gage began his lengthy statement shared on Tuesday, January 4 via Instagram Story. “For me to correct them, would be to put my ego above my daughter.”

Gage continued to say, “What is unfair-and what I will speak about-is the continued exploitation of a minor for content.” The fifth season contestant of “Flipping Out” highlighted that many “untrue and false stories have been told with an embellished narrative” about his daughter. He added, “The embellishments are likely because they are more interesting in the scheme of what’s currently going on, it’s more jarring, more likely to be written about.”

Gage then appeared to throw shades at Jeff, saying, “Equally as disappointing as the person that continues to talk about her, is SiriusXM and the executives, producers, and people in charge of RadioAndy.” He noted, “What you may not know is that most press don’t always actively listen to this show.”

“Often when I am discussed or when my daughter is talked about, the PR machine of SiriusXM and RadioAndy package clips, audio files, copy, and headline ideas for these stories to run,” Gage took a jab at the media. He then claimed that he’s “seen the emails,” pointing out that “this really happens.”

Gage then said, “In my opinion, SiriusXM is equally as involved in whatever it is you want to call this.” The 36-year-old dad fumed, “The person you are leveraging however is 5-years old,” before stressing that “it’s gross.” He added, “She has a right to privacy. Enough is enough.” 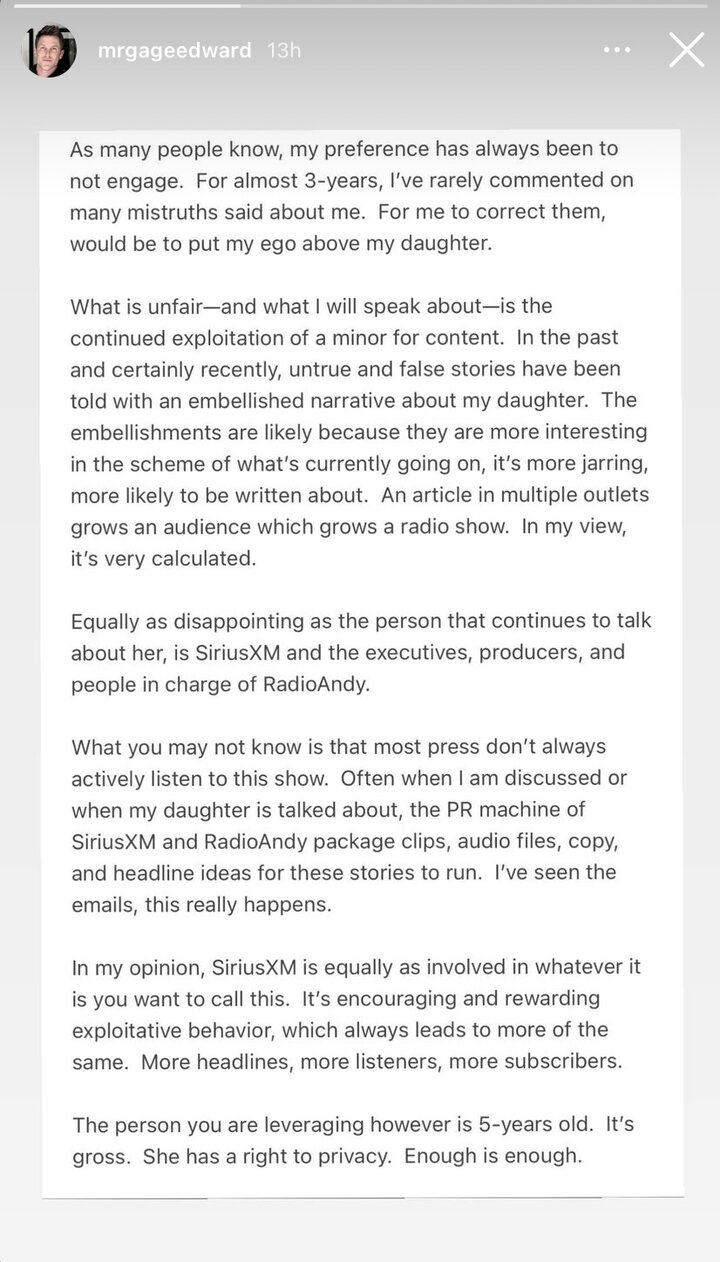 Gage Edward slammed Jeff Lewis for ‘exploiting’ their daughter during his radio show.

Gage’s statement came after Jeff revealed that Monroe begged him to stop talking about her on-air and threatened to cut ties with him. “On Sunday, Gage said that Monroe wanted to talk to me. She got on the phone and she was pretty upset. She said, ‘Have you been talking about me on the radio?’ ” he unveiled in the Monday episode of “Jeff Lewis Live” on SiriusXM.

Jeff also shared that he then told Monroe he had to go and immediately texted Gage. “I said, ‘Look, I never say anything negative about you to Monroe, ever, and this feels decisive. I would never want to turn her against you, which seems like what you’re doing right now. You’re mad at me, please don’t use her to take it out on me,’ ” he recalled.

Prior to this, Jeff unveiled that her daughter is getting rejected by private schools following his “superspreader” party that caused many contracted COVID-19. “This is very bad timing for us,” so said the Bravo alum.

“We’ve heard back from one school, and they got back to us right away. They said, ‘We know who you are. We know who Monroe is and… we are not interested in Monroe.’ That’s what they said,” Jeff remembered. He then fumed, “She’s a f**king angel. Why would you deny her? She has so much to offer to that school.” 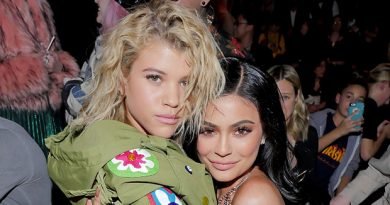