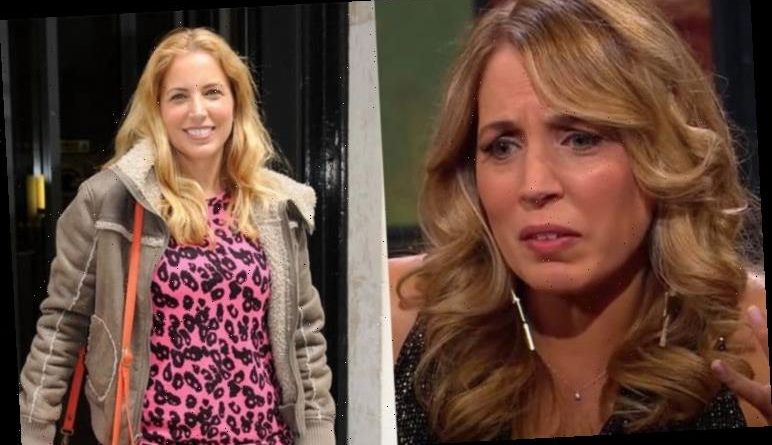 A Place In The Sun presenter Jasmine Harman, 44, has opened up about a “strange” phone call she had with one of her Channel 4 co-stars, which led her to start “sobbing”. The daytime TV star admitted she was walking through Heathrow Airport at the time.

He sounded sort of strange.

Jasmine previously revealed how she “screamed” when she first found out her co-star Jonnie Irwin, 46, and his wife Jessica told her they were expecting twins.

Now, the presenter has gone into detail about the “strange” phone call she had with her colleague beforehand.

Speaking exclusively to Express.co.uk, Jasmine explained how Jonnie sounded “strange” when he was trying to tell her his good news.

The presenter recalled: “I was on a plane coming back from location. It was a while back. When I landed, I switched on my phone, and there was a voicemail from Jonnie. 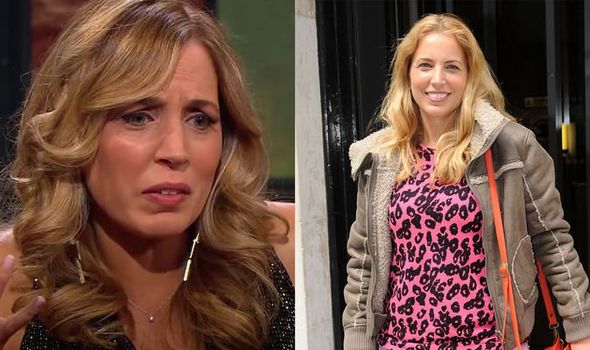 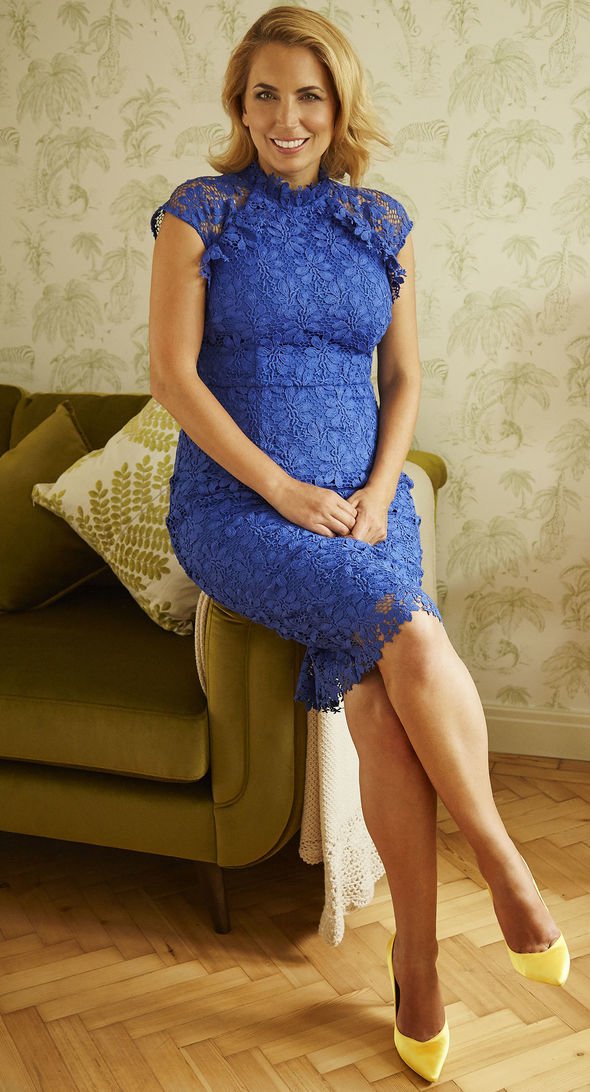 Jasmine continued: “I was walking through the airport and I phoned him and I said, ‘Hi Jonnie, everything alright?’ He said, ‘Yeah.’ And he sounded sort of strange.”

The mother-of-two went on to reveal: “I thought, there’s something going on here.

“He said, ‘Yeah, we’re alright. You better sit down’. I said, ‘What? I can’t sit down I’m walking through Heathrow Airport!’ And he said, ‘Well we’re expecting again!’, and I screamed! I’m just so excited.” 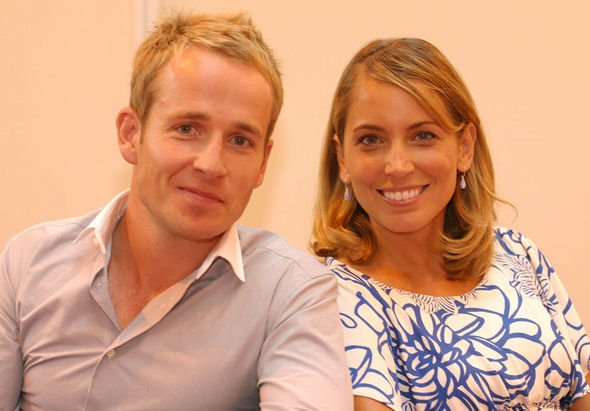 During the interview, Jasmine went on to reveal her initial reaction when her friend told her they were expecting again.

The star admitted: “Him and Jess are such a lovely couple. It was really great.

“I was really, really happy for him and Jess. Anyway, when he said they were expecting again, I screamed. I started sobbing because I was so happy and thrilled. I just couldn’t stop saying, ‘Awww! I’m so happy for you!’”

However, Jasmine explained how the good news didn’t stop there: “He said, ‘Well, you might not say congratulations because actually, we’re having twins’.

“His timing is brilliant. And I was floored. I was absolutely floored.”

She concluded: “I was crying and screaming and laughing at the same time walking through the airport.”

Meanwhile, the Channel 4 host also discussed what she currently misses about working on A Place In The Sun during the coronavirus lockdown.

Jasmine divulged: “I really, really miss just that freedom. I miss the freedom of being able to travel anywhere and experience different cultures and different food and feeling like you’re contributing something valuable to someone’s life.”

The presenter went on to say: “I guess that rush of being able to help in that moment to make someone’s dreams come true.”

Elsewhere, Jasmine, who has presented the hit daytime show since 2004, is currently working with No Meat May and she says to be involved with the campaign felt “natural” to her.

The TV star discussed: “Getting involved with No Meat May was just a natural expense to be able to promote the fact that it’s so easy to cut meat out of your diet.”

The Veganuary ambassador also mentioned how she has tried to convert her co-presenters, including Jonnie, to give up meat.

Jasmine stated: “Sometimes I’ll go out for dinner with Jonnie if we’re both working somewhere away from home and he’ll try what I’m having, and he’ll go, ‘Oh it’s not bad actually!’”

She went on to add: “I know his wife mentioned something on social media about crispy duck and I sent her the link to the Linda McCartney vegetarian and vegan crispy duck, which my husband’s a big fan of. He’s only a sort of recent convert to not having meat. I thought maybe I can persuade Jonnie.” 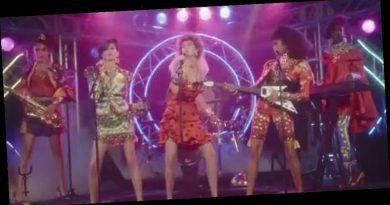 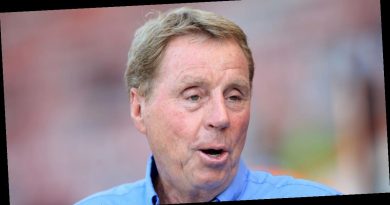 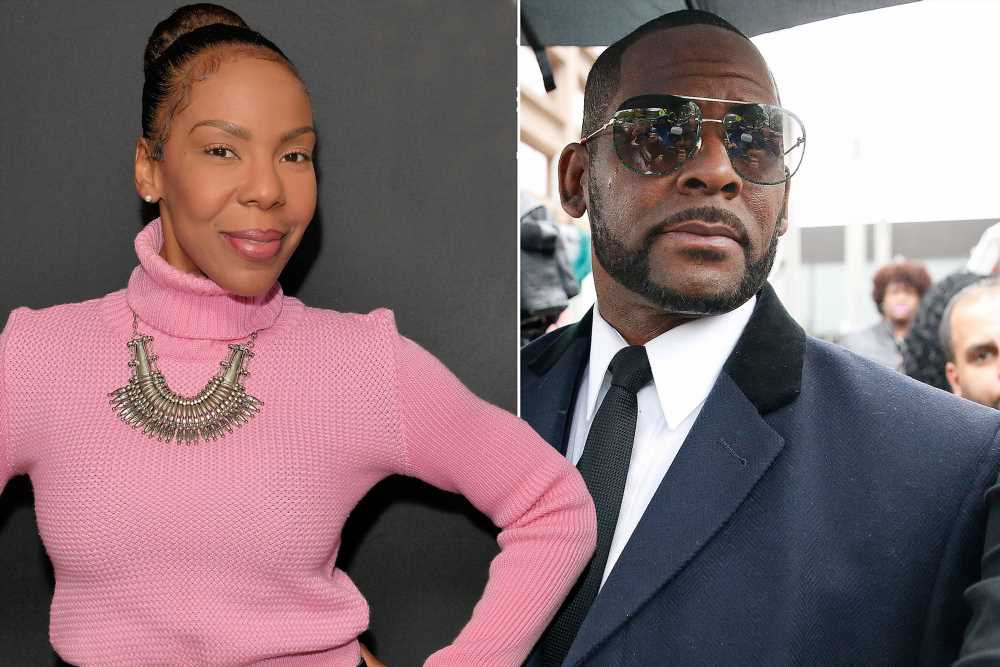 R. Kelly has been battling ex-wife over money for the last decade 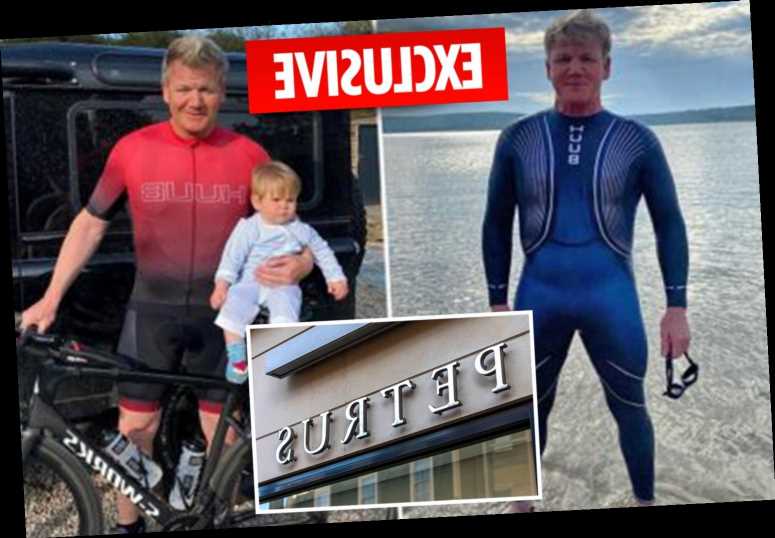