Jamie Redknapp jokes about being on Top Gear

Jamie Redknapp’s pregnant girlfriend Frida Andersson, 37, was one of the first to inundate him with support on Instagram, as the former professional footballer competed at Manchester City’s Etihad Stadium. She took to Instagram to share a video of Jamie, 48, during the match with her more than 18,000 followers.

The Swedish model gushed: “My man of the match.”

Frida appeared to be supporting her boyfriend from the stands amongst thousands of other spectators.

The model, who is represented by modelling agencies Next and Mika’s, is currently pregnant with her fifth child.

Jamie also has two children – Charley, 17, and Beau, 12 – from his marriage to ex-wife Louise Redknapp.

The former Tottenham Hotspur midfielder made his new relationship Instagram official last month by posting a series of snaps from their holiday in Santorini, Greece.

Fans of the pair expressed their joy over the photographs, which showed a smitten Jamie smiling and wrapping his arm around Frida.

One person wrote: “Finally, some gorgeous photos together!”

Another fan joked: “These pics make me happy and sad.

“I’m glad Jamie is happy but my chances of becoming the next Mrs Redknapp are now even further away.”

Referencing Jamie and Frida’s unborn child and her blossoming baby bump, a third user added: “Lovely pictures of the three of you.”

Frida recently left a public comment on a snap of Jamie after he attended the GQ Awards on Wednesday evening.

Jamie had shared a photograph of himself wearing a suit on the red carpet.

His girlfriend commented: “So handsome,” alongside two heart emojis.

The candid message was left in view of the Sky Sports pundit’s 1.4 million followers.

He captioned the post: “Very enjoyable night at the GQ Awards. So good to be out and about.” 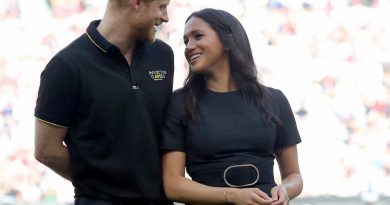 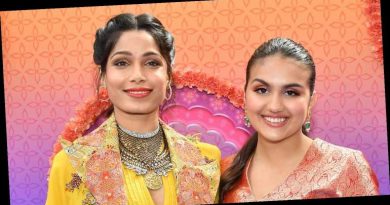 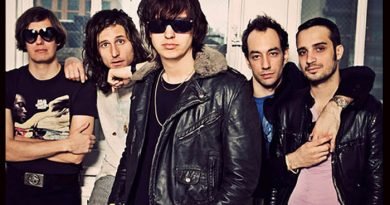