Home » Celebrities » Jake Gyllenhaal to Taylor Swift: Why Are You So Obsessed With Me?! 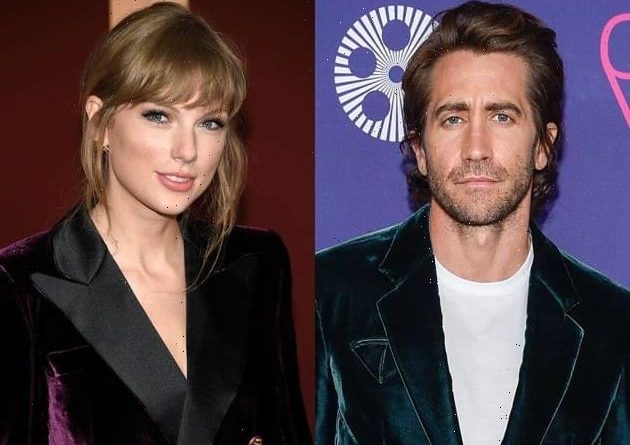 If you don’t dig Taylor Swift’s music, or if you’re only a casual fan, then you might be wondering why songs she released in 2015 are suddenly climbing the charts again, or why drama from her distant past is back in the tabloids.

We can explain it all — but be warned that this story is even longer and more complicated than the one Swift tells in the 10-minute version of “All Too Well.”

These days, Taylor might be as famous for her personal life as for her work, but let’s begin — as her career did — with the music.

As you may recall, Swift lost ownership of the masters of her first six albums when the rights were purchased by music mogul Scooter Braun, who first came to the public’s attention as Justin Bieber’s manager.

So you know that guy’s no good!

As a clever countermeasure intended to prevent Braun from cashing in on her work, Taylor set about the arduous process of re-recording — and, in some cases re-imagining — her earliest hits.

So in keeping with our current “darkest timeline” vibes (that “Mayan calendar” crap was a fun pseudo-apocalypse, unlike the one we’re currently living through), Taylor has released a longer, darker version of “All Too Well” that’s resulted in some unexpected controversy.

The song details Swift’s breakup with Jake Gyllenhaal, whom she dated for a few months in 2010.

It’s a dramatic, bombastic number, and it doesn’t portray Gyllenhaal in the most flattering light.

We may never know if the actor deserved to be raked over the coals for his actions.

A great man once said breakup ballads are the first draft of history — or something — and since Donnie Darko seems to have no interest in telling his side of the story, the actual events surrounding the infamous red scarf will probably remain forever shrouded in mystery.

But just because he’s keeping mum, that doesn’t mean Gyllenhaal is thrilled that his brief relationship with Swift has been dragged back into the spotlight.

“Jake is mortified that Taylor has targeted him in ‘All Too Well,’” a source close to the situation tells Life & Style.

“He’s such a private person and goes out of his way to avoid drama, so having their three-month fling dragged up in the song and hearing people gossip about it is a hard pill for him to swallow.”

The situation is made more complicated by the fact that some of Taylor’s most enthusiastic fans tend to be a bit overprotective of their fave.

On Monday, we learned that John Mayer has been receiving death threats from Swifties who are still upset over his breakup with Tay.

Taylor has spoken out against this sort of behavior, but it seems that every time she addresses a painful chapter from her past — which is every artist’s right — a handful of weirdos take that as their cue to lash out in her defense.

We talked last week about regular person-ness, the condition that gives all us peasants more in common with one another than with just about any celebrity on the planet.

It’s comforting to think that you and Taylor would become besties if you ever crossed paths, but in all likelihood she prefers the company of people who understand her lifestyle.

The fact that you inhabit such different worlds frees you up to enjoy her music and apply her observations to your own experience, rather than attempting to insert yourself in some A-list celebrity drama.

And for those of you who still feel it’s your job to punish the Prince of Persia for skipping your favorite singer’s 21st birthday party, please bear in mind that Taylor says she and Jake have talked it out, and that he was quite gracious in his response to the song:

“He was like, ‘I just listened to the album, and that was a really bittersweet experience for me. It was like going through a photo album.’ That was nice,” Swift said in a 2013 interview with New York magazine.

“Nicer than, like, the ranting, crazy e-mails I got from this one dude. It’s a lot more mature way of looking at a love that was wonderful until it was terrible, and both people got hurt from it — but one of those people happened to be a songwriter,” she continued.

“So what are you going to do? Did you not Wikipedia me before you called me up [for a date]?”

So there you have it.

Taylor concedes that she wasn’t 100 percent in the right — she was just the one who wrote a song about the situation.

So if you were looking for additional motivation to create art about your painful past, just keep in mind that doing so enables you to dunk on the people who did you wrong without looking petty! 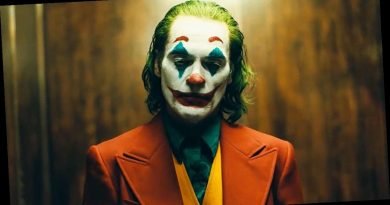 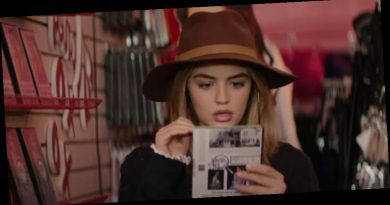 Lucy Hale Makes An Unconventional To-Do List in ‘A Nice Girl Like You’ – Watch The Trailer Now! 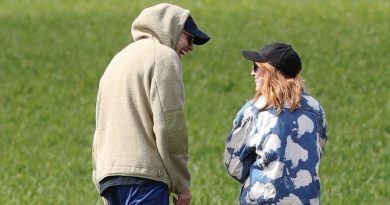