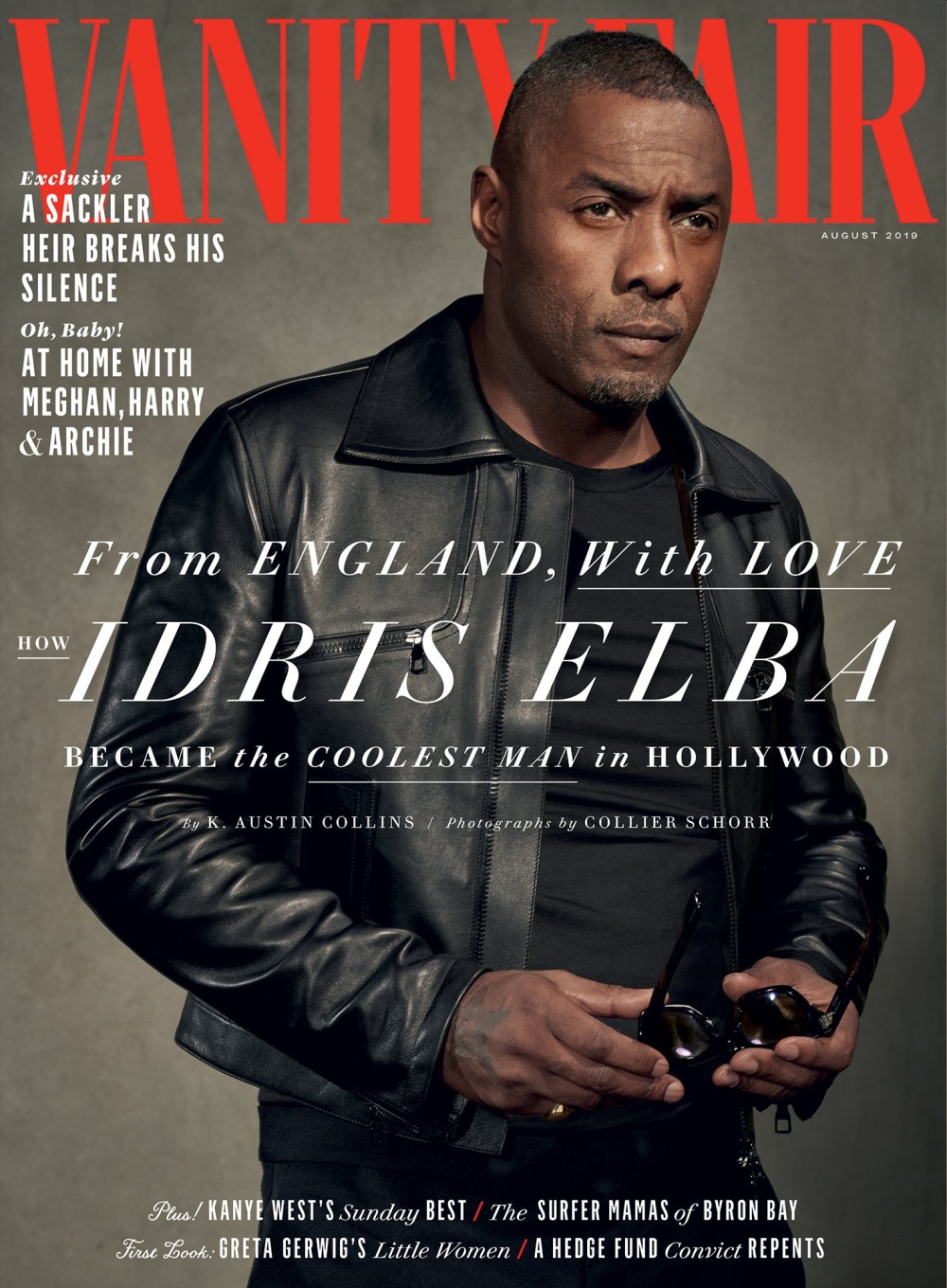 CB and I disagree on men all the time. She loves a baldie, and she generally prefers clean-shaven men. I like men with a lot of hair everywhere – I don’t like shaved heads (although there are a few bald dudes who could get it) and I love a three-day beard or a full-on beard or even goatee. But can CB and I come together and say that while Idris Elba is always a good looking man, he just looks WEIRD without facial hair? I don’t mind the shaved-head – that looks good on him. But he needs a mustache and preferably a neatly trimmed beard. All that being said, I’m happy Idris Elba got the cover of Vanity Fair. It’s nice. Idris has a million projects to promote, from the Cats film, to Luther, to his Netflix show Turn Up Charlie to Hobbs & Shaw. You can read the full VF piece here. Some highlights:

Growing up in East London’s Canning Town: “Needless to say, if you were black and living in Canning Town, you were probably subject to racial abuse and getting chased down the street by people calling you a black coon.”

His black role models growing up: “There were a handful of black actors and performers in this country, in the music space. Reggae, which was a shared, big U.K. experience. English people love reggae. Because the majority of black people in this country were from the Caribbean, they came with the music. So you were seeing, on TV, reggae bands, reggae-white fusion bands. But in terms of actors, there were very few.”

He was a novelty when he first tried to get work in America: “When I got to America and was like, I want to be an actor, I was like a novelty act in all my casting meetings… They were like ‘Wow! I love your accent, it’s so refined,’ ‘Okay, so: you’re Gangster No. 1.’ ”

On the James Bond rumors: “James Bond is a hugely coveted, iconic, beloved character, that takes audiences on this massive escapism journey. Of course, if someone said to me ‘Do you want to play James Bond?,’ I’d be like, Yeah! That’s fascinating to me. But it’s not something I’ve expressed, like, Yeah, I wanna be the black James Bond….”

He was disappointed by the backlash to the idea of a Black 007: “Because, by the way, we’re talking about a spy. If you really want to break it down, the more less-obvious it is, the better. You just get disheartened, when you get people from a generational point of view going, ‘It can’t be.’ And it really turns out to be the color of my skin. And then if I get it and it didn’t work, or it did work, would it be because of the color of my skin? That’s a difficult position to put myself into when I don’t need to.”

He’s proud of his work in the Marvel movies: “Suddenly you realize that black kids read comics. That whole skater, fanboy crowd—well, black people love these things too. Kenneth Branagh, who directed the first one, just said, ‘I love you as an actor. I’m going to give you this role.’ ”

There’s tons of other stuff in there, more talk of Luther and Idris’s childhood and how he wants to use his fame-privilege to give more actors of color more opportunities. He doesn’t break any news, it’s just a nice interview and very thorough to boot. It’s the kind of cover story Vanity Fair would have done with Leonardo DiCaprio, so I’m glad Idris is being treated the same. But these photos… ugh, grow out your beard again! I wonder if he shaved it because it was coming in too grey. 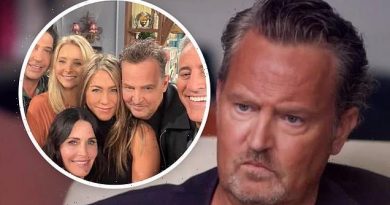 Matthew Perry estimates he spent $9 million trying to get sober 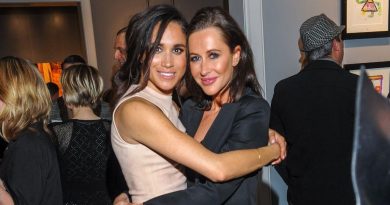 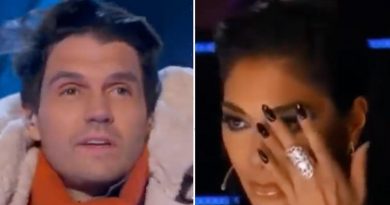