Home » Celebrities » Ewan MacKenna: 'Northern Ireland ought to know better than most…sport is essential if there's to be hope' 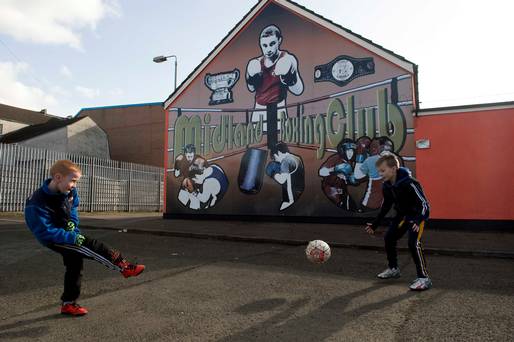 Across the 2000s there was much, if not always to like, to certainly respect about Tyrone.

The refusal to bow to tradition in the rivalry of the decade; the Stanley Cup-style beards; the hunting in packs, diamond-tipped edges and class forwards; the strength and unity that was impossible to comprehend and impossible not to admire in the shadow of so much tragedy.

It’s in sharp contrast with the seasons since that have left a very different aftertaste.

Be it Tiernan McCann diving and stamping; Peter Canavan’s constant defence of him based on knowing his family and that bizarre Ulster phrase of them being “great gaels”; the refusal to release a video they claim showed no malintent towards a hero there in Seán Cavanagh despite him being left looking like he’d on the wrong end of a bad battering; their former chairman going to court and winning a libel case over the phrase “penny pinching”; Cathal McCarron trying to chat up a 15-year-old.

That’s quite the recent rap sheet that makes their mere reactionary singing of a song on a private bus back from a win look like claiming a hurricane around a light gust of wind. This is Northern Ireland though – where nothing can ever be viewed solely at surface level, as everything seeps on down through the levels and layers to all sorts of biley ire and anger.

To watch from across the border is to see a stupidity around filming and posting the belting out of ‘Come Out You Black and Tans’ in what comes across as humour given the circumstances. Besides, physics promises that for every action there is an equal reaction.

From that perspective, the Lisgenny Flute Band may talk about moving their evening strolls for mass, and solely banging out their hymns, but let’s take a deeper look. Go on Facebook and, while rarely updated, a look through their photos shows their part in Orange marches and their front-man regularly walking through streets carrying a banner that contains Union flags and similar symbolism. Indeed, why anyone is dressing up and strutting around with such memorabilia in public to commemorate a 329-year-old battle that insults their neighbours is a very fair and very pertinent question in all of this. Thus are they any less offensive and why do they come out of this looking so squeaky clean?

There’s a key point here though and it involves staying away from the tit-for-tat culture.

One way to look at it might be if they offend us, we can offend back, but ultimately that means we go nowhere. A more mature approach is if you feel offended and know what it’s like, then why make others endure the same sensation no matter how wrong they are? It may take two to tango, but dancing isn’t always a good idea.

The worst part of this incident is the fuel provided for those looking to keep on hating. Harte’s own response was good, and Arlene Foster got her tone right for a change but do you really think their diffusing words rather than the lyrics will be the take away? Of course not. And that’s part of the bigger problem here.

For while sport elsewhere might be used to get people together and bring down the barriers, in Northern Ireland today how often is it still cheaply hijacked to reinforce a divide?

Some recollections of visiting Northern Ireland on work.

A 2009 trip to meet with Martin Rogan who spoke about being barely missed by a UVF bullet in childhood and how later he was handcuffed for being an innocent bystander by the PSNI to the point blood stopped flowing to his hands and his nerves were forever damaged. But how as a Commonwealth champion he wanted both sides to come together at fights.

A 2010 trip to meet with Maurice Hayes and being taken aback by the humility and the intellect of a man everyone had said oozed those traits. He talked about his to stop Northern Ireland falling apart via exploitation of both working-class sides by their own elites, when it was they that had most in common. A 2012 trip to meet with Carl Frampton and going to the UVF stronghold of Tiger’s Bay so he could show the place where a decade before a 16-year-old friend, Glen Branagh, held onto a pipe bomb too long and blew himself apart in a tragedy exploited by all. But also to show a peace wall he’d pass in order to train in clubs in nationalist areas.

In places with no right to inspire, to get by the veneer of badness was to find so many stories of hope. But we can’t hear them as instead weeks like this will draw easy glances to those a few chromosomes short of a set. The likes of those crawling to build bonfires on which no doubt a few extra Tyrone jerseys will now be placed upon.

Don’t think it’s just from those who don’t know better either, for they’ve gotten their guide from those that do. Politicians who exploit the tribalism of sport as it suits their tribal vision of the world, media hierarchies drenched in side-taking courtesy of this sphere, actual sporting organisations not doing enough to represent all…

For a while an organisation as prestigious as the BBC in Northern Ireland began to make some serious changes. As if following the general trend they began to cover a golden era of Ulster GAA in the early 2000s. Then as politics and society regressed towards partition, they followed rather than led. One story from within was around the return of Stevie O’Neill.

With their GAA journalists hitting the road and anxious to get filming before the 2008 All Ireland, a call came from on high that such a fringe effort would have to be put into context for their audience and they wanted a line about this being akin to David Healy or Brian O’Driscoll coming out of retirement before a World Cup. When a report was eventually filed from on site, back in Belfast large parts were rewritten with a dumbed down explainer. There are endless other tales. From one former employee recalling how GAA was referred to as “Sinn Fein football” by some in there to the Londonderry reference out of ignorance rather than badness, but that was also a hat-tip to a prominent culture. Then there’s Newsline with close to 1,000 broadcasts a year that basically never leads with GAA.

Others are equally part of it as they too set the divisive tone.

A few years back while talking about the genuine good the IFA had done to make theirs the team of a state rather than of some within that state, their chief executive Patrick Nelson couldn’t get past the anthem. “I don’t know, I don’t know,” he said. “We are here to do what we can, as well as we can, and we’re proud of what we’re trying to get done.” Pushed on if he’d ever consider changing it, he added, “I think we are aware of those feelings at this point but that’s about as far as it would go.” Asked if they hadn’t considered it then, he noted: “No.”

In terms of their corner of the sporting market, if they cannot get beyond a bit of music, then really how far can we go? That is just one association, but like the BBC they are huge influencers who can make a bigger effort to move forward.

The three biggest 32-county national teams are rugby, hockey and cricket and while there are little seeds, there’s also divisiveness once you cross over the border and they remain largely the preserve of one side. The GAA are far from above this either for now a business that has changed in nearly every way imaginable since the start, they cling to the original mission statement about a 32-county organisation when right now they should be pushing onto removal of flags and anthems and politicisation of club names. Not doing so only detracts from the good they’ve done by stopping any greater good they can next do.

All of these from Stormont to Croke Park, from Windsor Park to Broadcasting House on Ormeau Avenue, as well as many in between, need to realise sport is essential if there’s to be hope.

It worked in far tougher times. Gerry Storey in Donald McRae’s new book ‘In Sunshine or in Shadow’ is highlighted. Both his brother and his nephew were well known members of the IRA yet he welcomed boxers from both communities at the height of the Troubles. In 1972 he was even called in to meet the Loyalist Army Council on the Shankill and while initially thinking they were going to warn him to stop working in their territory, they instead endorsed his cross sectarian work.

Declan Bogue in an excellent column on the Tyrone episode this week penned, “Are we serious about shared spaces here or not?” That’s the key phrase. “Shared spaces”. Some already get that. From unheralded boxing trainers to those in the three-halves project in Belfast to volunteers across sports that try and use their passion and energy for better.

But not enough with far more sway are doing enough, and that included Tyrone in a place where anything that’s not a step forward tends to be two steps back. They were representing a county team who need to be above this just so they aren’t the same as it.

Life is too short for sport to continue to get caught up in this.

Those in Northern Ireland ought to know that better than most. 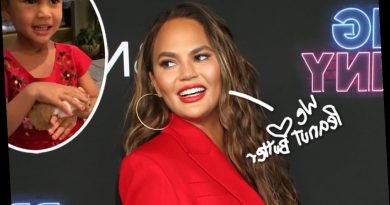 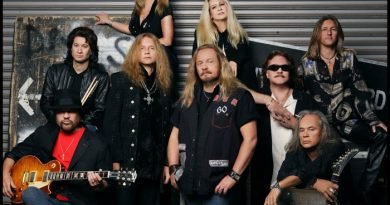 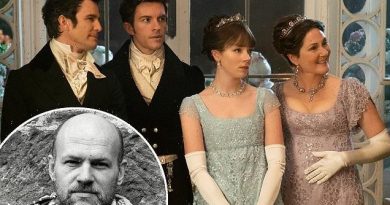 Bridgerton executive 'is fired by Netflix bosses amid bullying claims'