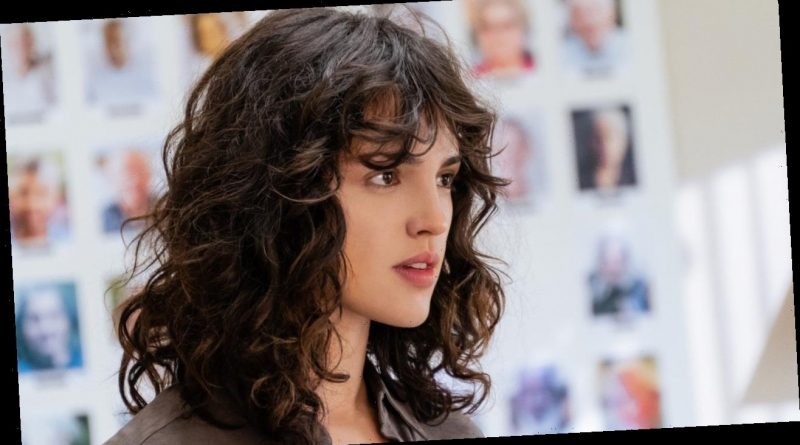 Eiza González has a resume that young actors dream of — and she’s only getting started.

The 31-year-old actress began her career in Mexico, starring in her own telenovela, Lola: Érase Una Vez, when she was in her late teens. She first garnered attention in the U.S. after nabbing the role of Santánico Pandemonium in Robert Rodriguez’s From Dusk Till Dawn: The Series, and hasn’t looked back ever since.

Appearing opposite major movie stars like Dwayne Johnson (Hobbs & Shaw), Jamie Foxx (Baby Driver) and Vin Diesel (Bloodshot) in numerous action films, she’s also lent her talent to star-studded casts in Welcome to Marwen and Paradise Hills. However, González’s latest dark comedy-thrill, I Care A Lot starring Rosamund Pike, is unlike any other.

“I love seeing female characters on screen devoid of shame and who are unapologetic. It’s just refreshing,” González tells ET. “It’s like, ‘Oh wow, they are wickedly evil and they are enjoying every minute of it.’”

A Care a Lot follows Pike’s Marla, a woman who manipulates the court into appointing her the legal guardian of elderly people to bilk them for everything they’re worth. With the help of business partner and lover Fran (González), they find a wealthy retiree with seemingly no living heirs or family. They soon find out they messed with the wrong ward. Dianne Wiest and Peter Dinklage co-star.

Just like the title of her film, González cares a lot; a lot about her career, taking risks, breaking stereotypes and pushing the envelope with every one of her performances. Previously telling ET that she plans to break Latina stereotypes in Hollywood, this role gave her the opportunity to do just that.

“My role was just crucial for Marla’s role. Fran is a foil of Marla and she’s a grand component of the film,” she explains. “It was fun for me to play a role that I hadn’t done before and hadn’t been allowed to play too because of the predisposed ideas of what I should be playing.”

“And it was fun to have a director that broke those norms with me,” she says, adding, “Yes, [I didn’t have to be the token Latina].”

While I Care A Lot showcases Pike’s fierceness and extraordinary acting abilities, González brings vulnerability and is the heart of the film. The Mexico City native was in awe after reading the script and instantly knew she had to be a part of J Blakeson’s movie.

“When I read the script, I was like, ‘Oh my god, this is gonna be such a powerful display of what Rosamund can do, and I want to be part of it!'” González explains. “I get inspired by other women and I’m highly impressed by her, before and after working with her. That was a big reason. Because by saying Rosamund Pike, I mean a female character devoid of shame.”

Marla and Fran are whip smart, hold no bars and are the ultimate ruthless badass team. Traits that, González says, oftentimes aren’t seen depicted in female characters on screen.

“I feel like we’ve seen that so many times on screen with male characters, and yet we always sort of label female characters that are like this ‘unlikeable,'” González states. “[People] like to throw that word around a lot. I even heard people who have seen [I Care A Lot], they’re like, ‘She can’t fall into being unlikeable.’ And I’m like, ‘Why, because you’re not used to seeing women redeem themselves?’ And I think that’s sad. It’s a perfect display of what society has dictated for women for such a long time, and I love that it’s challenging it.” 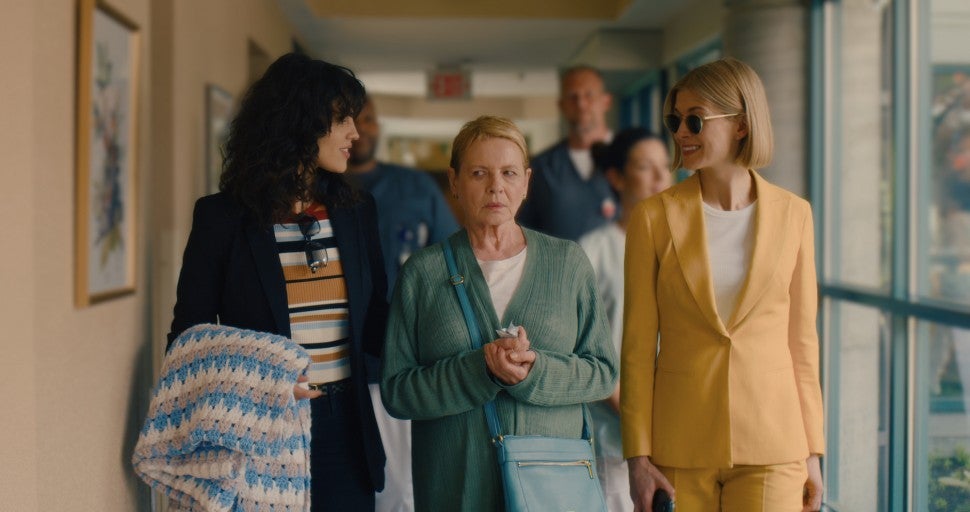 The film also challenges what a romantic female relationship should look like; meaning, like any other courtship without sexualizing its female characters.

“[Marla and Fran’s romantic relationship was] as it should be. That’s the intention of the director, was just to normalize this relationship and not exploit it so that it becomes just more of a given and less of an exclamation mark,” details González. “The love story is not the core story of the film, hence it’s just inherently there — and lovely to see.”

González notes that the women’s agenda “is not the relationship.” Instead, as she points out, “It’s two women doing what they want to do. Driven women, going for their desires, and this love story is just a foil to who they are as people.”

While the film also takes a look at ambition and how the world views and values success — and the extreme means anyone is willing to get it — it also touches on conservatorships. González expresses that as a Latina, she was taught that one always looks after their parents when they get older and aren’t usually put into a senior living facility.

“It’s so interesting how a conservatorship is such a trending topic right now because of the Britney [Spears] documentary. But I feel like this is a conversation that not a lot of people talk about or know about,” she says. “When I learned about the script and educated myself about the story, I was really shook. I was shaken by it. I was just disturbed because, [as a] Latina, we grew up differently. We’re educated, like, your parents grow old, you take care of them and they live with you, and that’s just how it is.”

“So this mentality of putting them in a guardianship and putting them in care homes is really new to me and it’s a very other-country mentality that I don’t connect with,” she elaborates. “So it was cool to be part of a display that is something that needs to be brought up to people’s attention. Really being like, what are our lives decisions and what are we doing with the people that we abandon in our lives? In a social way, what’s happening behind that curtain?”

As for working alongside the 42-year-old Oscar-nominated actress, it was an incredible opportunity for González, who calls Pike “a great leader.” (Pike’s performance already earned her a 2021 Golden Globe nomination in the Best Actress in a Motion Picture – Musical or Comedy category).

“She’s a really well-prepared team player. She is ready and up for any challenge and she reads her partner really well and she gives you what you need to thrive,” she marvels. “And that’s really exciting because not everyone’s out to be a team player and she is. She really comprehends that working as a team really makes the performances better.”

“She comes in very determined with who she is as a person, and she does have a good backstory to her characters,” González continues. “But she allows her partners to influence her, and that changes her performance and that allows it to be nuance and diverse. She’s just a great leader and she’s meant to be leading movies.”

I Care A Lot is now streaming on Netflix. For more on González, watch below. 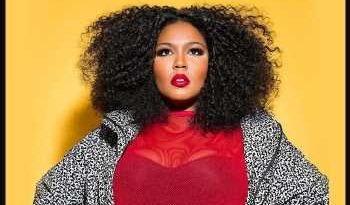 Lizzo Covers Adele’s ‘Someone Like You’ In Newly Unearthed Video 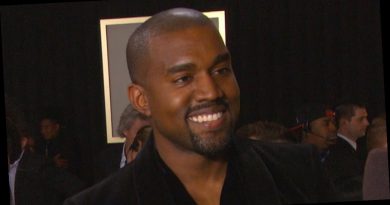 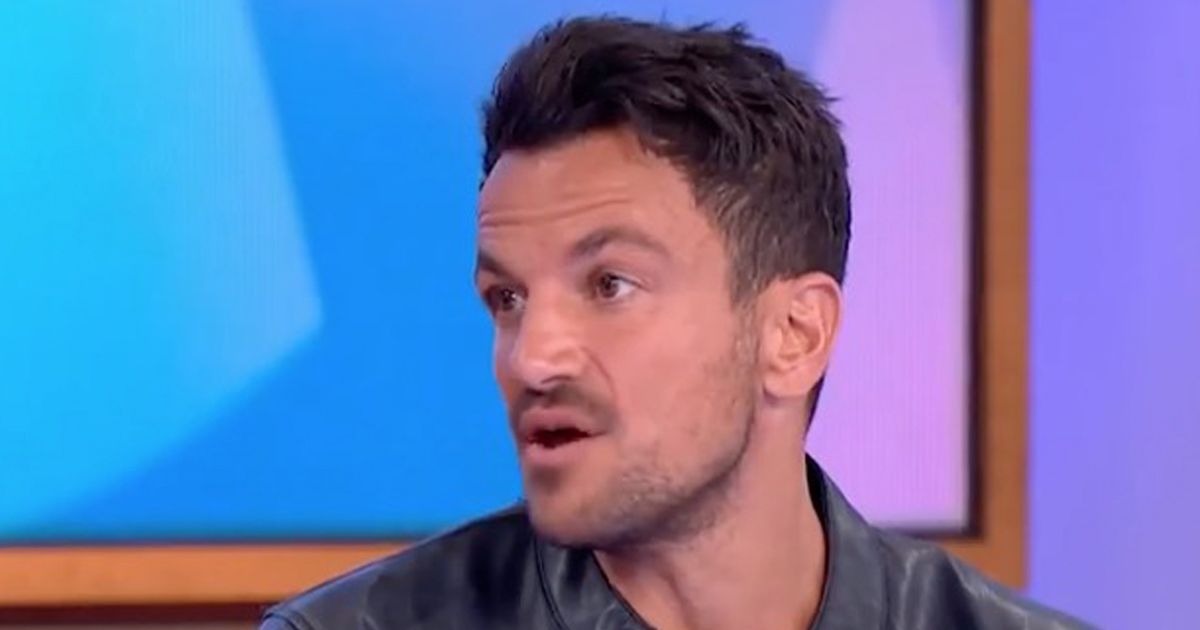 Peter Andre horrified as Princess, 12, says she wants to go on Love Island