Have you noticed something kind of funny and suspicious about the Duchess of Sussex’s movements? We knew ahead of time that Meghan was going to try to see one of Serena Williams’ matches, and I even suggested that Meghan try to come to an early match this year, because God knows how Serena will perform. Meghan waited a few days until… after her sister-in-law had already gone to Wimbledon for an entire day. Duchess Kate was at the All-England Club on Tuesday to see Harriet Dart, Roger Federer and Serena’s matches, and to meet other British players in her capacity as patroness to the club. So when Meghan showed up on Thursday, no one could say sh-t because Kate had already done it (this year). I believe this is what racers call “drafting.”

So yes, Meghan was in the house for Serena’s Thursday match. Serena and Roger were both put on Court 1, which doesn’t have a Royal Box (the Royal Box is only on Center Court). So Meghan just sat in the stands like a normal peasant (much like Kate did on Tuesday). Meghan brought two friends, Lindsay Roth and Genevieve Hillis, both of whom she’s known since their college days at Northwestern. Meghan wore jeans, a black tee and a L’Agence blazer which was a repeat. She also wore a new Jennifer Meyer “A” initial necklace – A for Archie. The Daily Mail noted: “Although there is no official dress code at Wimbledon, many spectators choose to dress up – particular for Centre Court and Court One – so Meghan’s decision to wear denim may have raised some eyebrows.” The Royal Box has a dress code, but if you’re seated anywhere else, you can wear whatever you want, even shorts or sweatpants.

Many people believe that Meghan’s college friends are in town because of Archie’s christening, which is tomorrow at Windsor Castle. The christening will be held at the private family chapel at Windsor, and all the Sussexes are promising is that they’ll release photos once the christening is done. Which is fine, although I kind of hoped they would allow for “arrivals” too. But that’s the old controversy. The new controversy is “why won’t the Sussexes name Archie’s godparents?!!?”

The Duke and Duchess of Sussex will keep the identity of Archie Mountbatten-Windsor’s godparents a secret, it has emerged, as they confirm his private christening service will go ahead on Saturday. The couple, whose son will be baptised exactly two months from his birth, have insisted that the names of his godparents will remain hidden “in keeping with their wishes”.

The decision is a marked departure from traditional royal christenings, which have generally seen the palace announce limited details for the public historic record including the names of the family and friends entrusted with the infant’s spiritual wellbeing. A spokesman for the Sussexes said that they “look forward” to sharing select photographs, taken on the day by personal photographer Chris Allerton, afterwards.

The announcement inspired speculation that a celebrity or public figure may be involved in the ceremony, as well as senior members of the Royal Family. Sources indicated that assumption was wide of the mark, with the couple said to have chosen an unknown number of friends on either side.

After Serena won her match, she was asked if she was a godmother or if she would attend Archie’s christening, and she shrugged off the question and said she was busy on Saturday (she’ll be playing her third round match). I think it’s far more likely that a few godparents were chosen from Meghan’s friends or extended Ragland family (NOT any of the White Markles) and they simply didn’t want to be targeted by the British media. As in, Meghan didn’t want to put some private-citizen college friend in the position of having to face blaring Daily Mail headlines about how, say, Genevieve Hillis’s cousin’s mother-in-law’s neighbor ran a meth lab and how dare Meghan expose Archie to such a person? 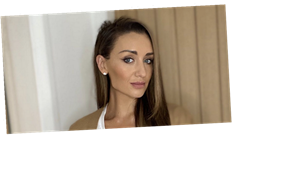 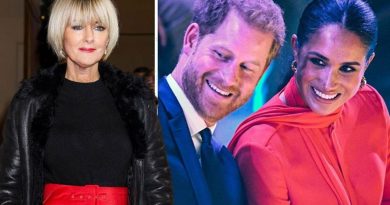