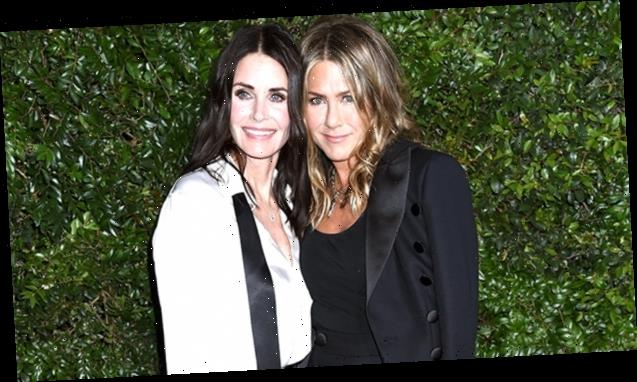 Courteney Cox and Jennifer Aniston became immediate best friends when they starred on NBC’s Friends starting in 1994. Twenty seven years later the two are still BFF’s. In honor of Jen turning 52-years-old on Feb. 11, Court reached way back into her photo collection to share two snapshots of the pair, who are as close as sisters. The 56-year-old posted them to Instagram along with a sweet birthday message.

The first photo showed Jen and Courteney laying their heads against each other and smiling, as Cox’s now 16-year-old daughter Coco Arquette sat in between them. She was still a little girl, looking to be around four-years-old. Coco appeared to be asleep while sucking on a singer, with her loving mom Courteney and godmother Jen sharing in a sweet moment.  The photo was taken long after Friends had wrapped in 2004, as Courtney was pregnant with Coco during the final episodes that were shot.

In a second snapshot, the two appeared to be in their younger Friends days. Jen and Courteney appeared to be riding on a private bus or jet, with both ladies twinning in black string tank tops. Jennifer’s golden locks were so shiny, and the style appeared to be from after she grew out her infamous “Rachel” haircut. Court wore a straw cowboy hat, to protect her face in whatever sunny destination lay ahead.

“Happy Birthday Jenny Louise! We’ve known each other so long I don’t even remember why I call you that. I love you!” Courteney wrote in the caption. Jennifer’s middle name is Joanna, so it is definitely an inside joke between the pair. It’s sweet that they’ve been pals for so many years that Courtney can’t even remember where the nickname came from. 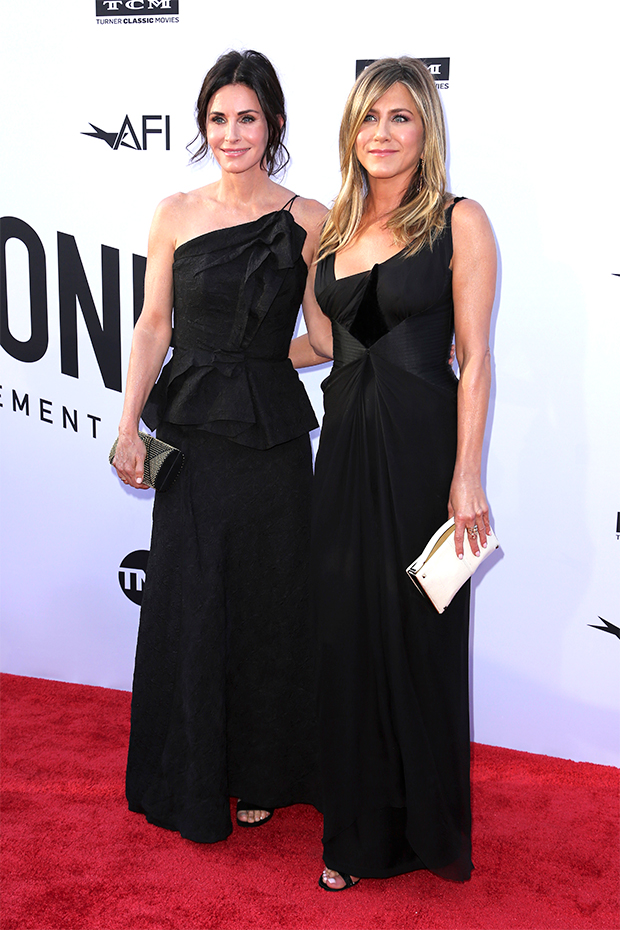 Mutual friends of Courteney and Jen loved the post, along with their legion of fans. Actress Michelle Pfeiffer left a series of heart emojis, while Sting‘s daughter Eliot Sumner wrote, “My first boss” with a yellow heart emoji, implying that she worked for Jen at some point. Fan @coxaesthetic commented, “FRIENDSHIP GOALS! my two favorite women in the entire world <3 i love you both so much!!!!” while user @lwayscourteney wrote, “the definition of best friends right here.”

Two other very important people in Jen’s life also sent her love on her birthday via Instagram. Her ex-husband Justin Theroux has always sent his birthday wishes ever since the couple split in 2018, after seven years together. The 48-year-old shared a black and white Instagram stories photo of Jen at the base of a staircase with mirrors at the top, while wearing her glasses. “Happy birthday @jenniferaniston. Love you B!” he wrote on the snapshot. In 2019 and 2020 his birthday messages to Jen always referred to her as “B,” though the former couple has never revealed what it stands for.

The most devoted long-term man in Jen’s life — hairstylist Chris McMillan — also wished his BFF and best client ever a happy birthday in two Instagram posts. In one, he shared Jen taking a selfie while sitting in his styling chair having her hair done. Jen could be seen wearing a sexy little nude mini-dress with spaghetti straps. It showed off her insanely toned legs and arms, along with her killer tan. “HAPPY BIRTHDAY JEN. Love YOU!!!!! Sooooooooooooo much Lol,” he wrote.

Chris then shared a second post where they were both so young, as he worked on her infamous “Rachel” hairdo from Friends. The style was Chris’ creation, and it became one of the most popular hair trends ever. That means Chris goes nearly as far back as Courtney when it comes to being pals with Jen, as his creation first appeared on an April 1995 episode of Friends. It went on to be copied by millions of women around the world. “Where it all started!!! HAPPY BIRTHDAY JEN. Seems like yesterday. LOVE YOU !!” he wrote in the caption of this iconic throwback photo. 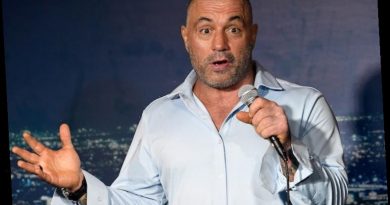 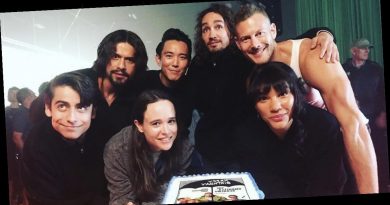 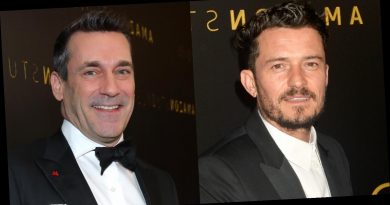