Coleen Rooney is embracing the Christmas spirit as she stepped out to enjoy a festive night out with pals at the Hilton Hotel in Liverpool.

The WAG, whose courtroom battle with Rebekah Vardy is now set to become a TV drama, posed for pics in front of a massive Christmas tree and even cuddled up to Father Christmas.

Coleen was wearing a black top paired with a silk Paco Rabbane silk skirt, which retails for £840, paired with delicate pearl earrings.

The 36 year old wore her hair up in a neat bun and kept her make-up subtle and low-key.

Taking to her Instagram, Coleen wrote alongside the pics “brilliant night at @hiltonhotelliverpool.”

Coleen and Wayne, who when they were just 12 years old, are both Liverpool natives and still live nearby – but Wayne is currently residing in Washington DC, where he’s coaching local football team D.C. United.

They began dating when they were just 16 – Coleen was still at school studying whilst a teenage Wayne had just begun his football career by signing to Everton.

Recently, Coleen’s friend Tanya said that the WAG was keen to refocus on her family after making headlines during her high profile battle with Rebekah Vardy, the wife of Leicester City Striker Jamie Vardy.

Coleen became known as “Wagatha Christie” by fans after she accused Rebekah, 40, of leaking private stories from her Instagram to the press back in 2019.

Rebekah was quick to deny the accusation and, when Coleen stood by her claims, the case went to court.

The case progressed for more than two years before finally coming to trial in May 2022.

On July 29 2022 the judge ruled in favour of Coleen and said that her allegations were “substantially true".

He also ordered Rebekah to pay legal costs for the trial, a bill which is thought to be in the millions.

Rebekah would later say that the case had “ruined my life,” and that her kids were being bullied as a result of the media attention the whole thing received.

Rebekah, who is a mother-of-five, continues to maintain her innocence and says she wasn’t responsible for the leaks.

She is set to appear in an upcoming documentary when she hopes to give her side of the story. 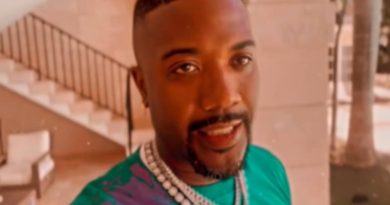