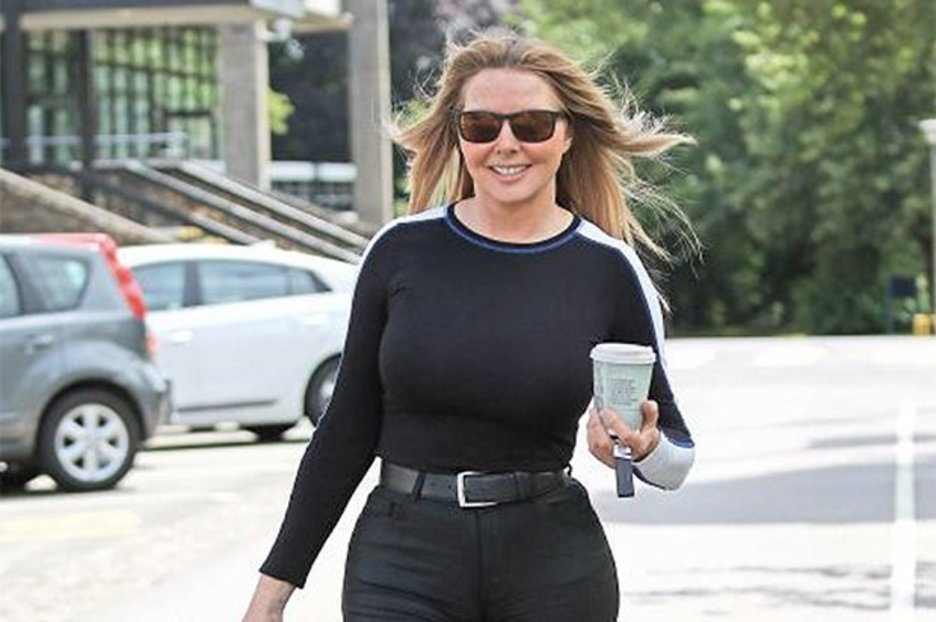 The former Countdown host sent temperatures soaring last week when she stripped down to a tiny bikini for a spot of sunbathing.

And Carol Vorderman continued with her saucy ensembles today as she left the BBC Radio Wales studios in Llandaff, Cardiff.

The 58-year-old stunner slipped her hourglass curves into a pair of skintight black leather jeans, which clung to her bootylicious behind.

She teamed the figure-hugging garment with a matching black top which featured contrasting white paneling on along the arms.

In keeping with the all-black display, the TV vixen accessorised with a pair of leather boots and a stylish rucksack, while a chunky belt highlighted her slender waist.

Ensuring all eyes were on her fabulous figure, Carol opted for minimal makeup, throwing on a pair of sleek sunglasses for extra glam.

She finished off the sexy look by styling her caramel tresses into a sleek down ‘do.

Carol’s latest outing comes after she was forced to deny rumours that she’s had surgery on her peachy bum after she stepped out with a noticeably larger behind earlier this year. 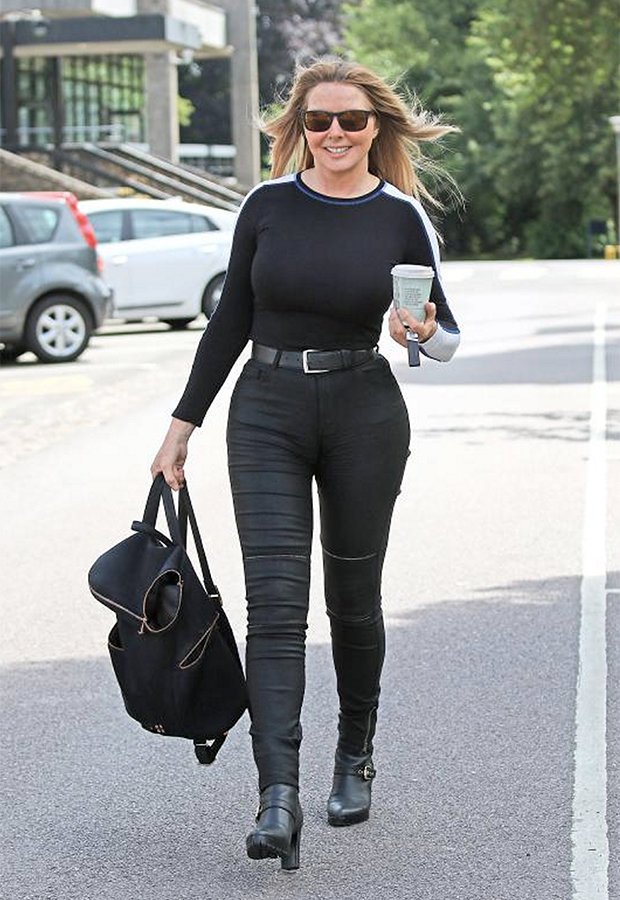 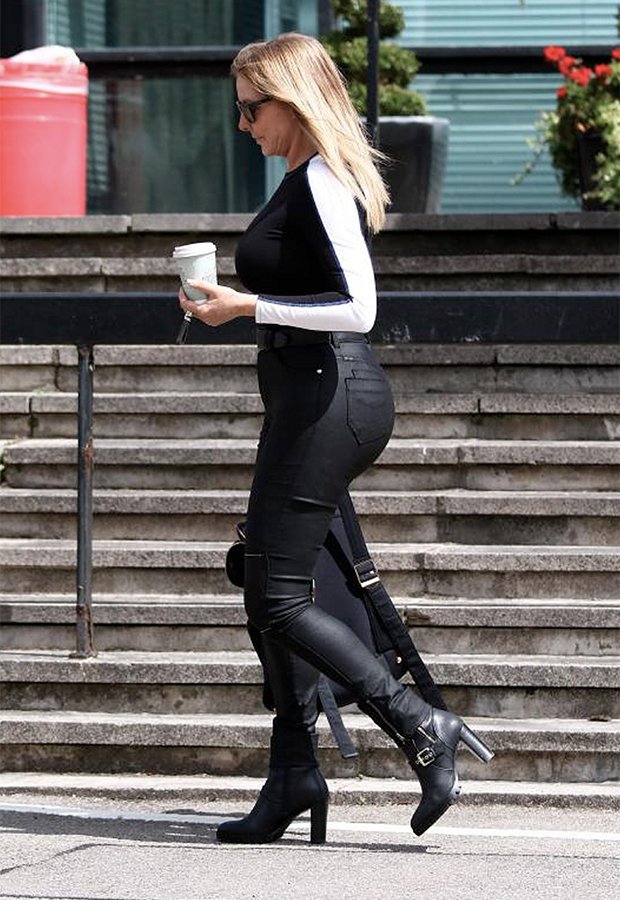 Speaking to the Daily Mail, the mum-of-two maintained that her incredible curves are all natural.

“But I think the high-waisted jeggings in the picture — which I bought in Marks & Spencer a few weeks ago for about a tenner — give you a much more defined silhouette.

“Even I thought ‘Blooming hell’ when I saw some of those pics.” 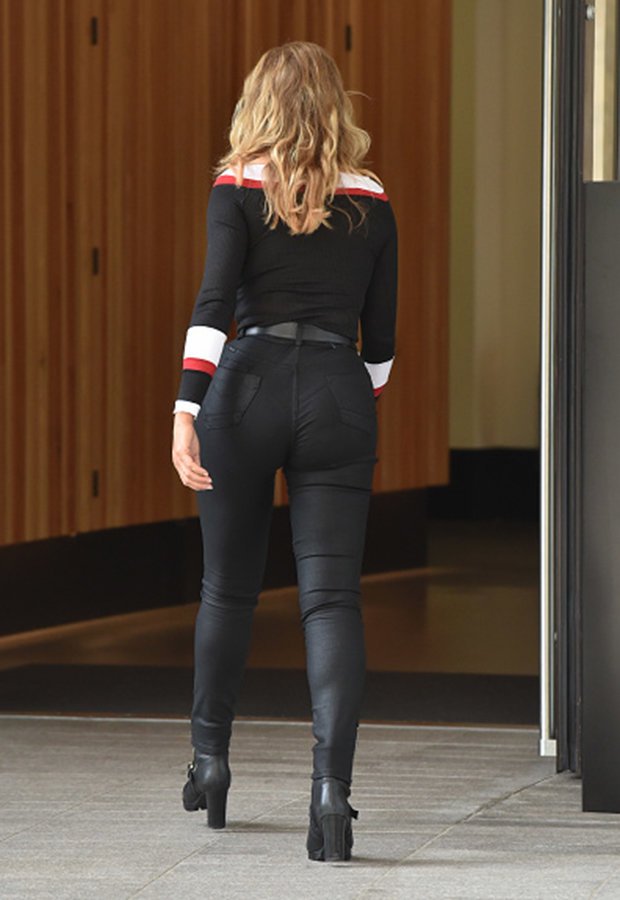 She continued: “But I promise I haven’t had bottom implants. It’s the same old bottom. In my family, loads of us have it: the Vorderman a**e.

“My daughter Katie has it. My nephew has it. We’re all sticky-out-bottom people.”

The sexy star also credited hiking along with the occasional bit of Botox to helping her look younger. 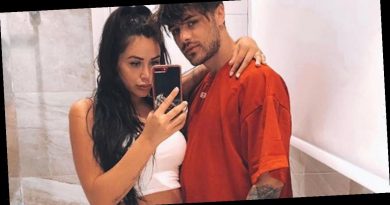 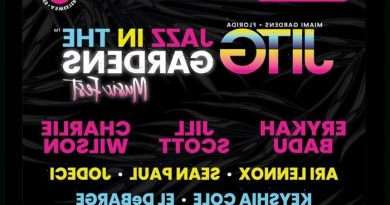