Disney fans are in mourning today as news broke that actor Cameron Boyce passed away. Boyce was just 20 years old at the time of his death. His untimely passing came as a shock to everyone.

According to his family, the actor passed away during his sleep due to a seizure.

While people are having a hard time finding solace in such an unexpected death, Boyce’s final interview may hold a nugget of peace that fans can cling to.

What did Boyce say in the interview?

Just two months ago, Boyce spoke to Haute Living about how he was living a fulfilling life by giving back to others.

“There’s a long line of difference makers in my family. I’m following in the footsteps of some really strong men and women who have showed me what it means to give back; it’s the greatest way to fulfill yourself,” he said.

In fact, through his charitable acts, Boyce was able to, in turn, make his own life better.

“Every time I talk to someone who shares that similar passion, we talk about how there aren’t many feelings more euphoric,” he continued. “Changing someone else’s life positively changes yours for the better as well.”

Though he was most famous for acting and appearing in movies like Descendants and Grown Ups, Boyce wanted to leave behind a legacy of charity and helping others.

“Many people have the heart to give back, but a lot don’t know how to. I try to be the bridge for those people – whether that means getting them involved in one of my campaigns or inspiring them by showing them a blueprint of how to get others engaged,” he told the outlet.

People have been quick to take to social media to share their memories of Boyce and express their grief.

“It is with a profoundly heavy heart that we report that this morning we lost Cameron,” a spokeswoman for Boyce’s family told The Washington Post. “He passed away in his sleep due to a seizure which was a result of an ongoing medical condition for which he was being treated. The world is now undoubtedly without one of its brightest lights, but his spirit will live on through the kindness and compassion of all who knew and loved him.”

The Thirst Project, a non-profit that Boyce raised $30,000 for to help build wells in Swaziland, also shared their condolences.

“We are at loss for words and a bit shaken up from the news of the unfortunate and untimely passing of our dear friend,” representatives for the non-profit wrote on its social media accounts. “Cameron was such an amazing light to many and also did so much for Thirst Project. He was always looking to help others and in his #ThirstGala speech, he explained it perfectly. With his time here, he certainly left something bigger than himself and we are SO honored to have been a part of his life and to have been able to change the world together. As we remember him, let’s all do our part to use what we have and leave something bigger than ourselves.”

“Too young. Too sweet. Too funny,” he wrote. “Just the nicest, most talented, and most decent kid around. Loved that kid. Cared so much about his family. Cared so much about the world. Thank you, Cameron for all you gave to us. So much more was on the way. All our hearts are broken. Thinking of your amazing family and sending our deepest condolences.” 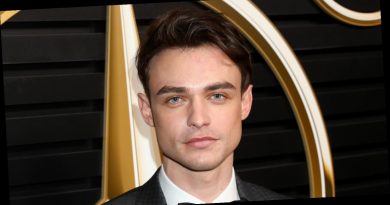