Home » Celebrities » Brad Pitt Then & Now: 15 Pics That Prove ‘Once Upon A Time In Hollywood’ Stud Is Ageless 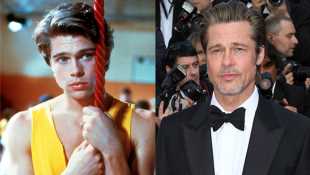 Nearly thirty years after his breakthrough role, the gorgeous Brad Pitt seemingly remains utterly untouched by time. As Brad’s new film, ‘Once Upon A Time In Hollywood,’ hits theaters, take a look at how this movie star refuses to age.

It’s fitting that Brad Pitt, 55, was the one who played the lead in The Curious Case of Benjamin Button because it seems as if the Springfield, Missouri native is aging backward. From his first uncredited roles in 1987’s No Man’s Land and Less Than Zero, up to 2019’s Once Upon A Time In Hollywood, Brad Pitt looks…mostly like the same young man who experienced his breakthrough in 1991’s Thelma & Louise. Sure, there are a few wrinkles, here and there, and some grey in his hair, but as the pictures above prove, Brad Pitt is virtually ageless.

Brad, like many stars of his generation, got his feet in Hollywood’s door thanks to the horror genre. His role in 1989’s Cutting Class is credited with being Brad’s first significant role and was the vehicle that really introduced the young stud to the movie-viewing audience. Two years later, his breakout came by playing J.D., a small-time crook who befriends two women on the run named Thelma and Louise. A year later, Brad’s turn in the Robert Redford-directed A River Runs Through It cemented him as a Hollywood star. Time may flow like a river, but it certainly hasn’t washed over Brad, who still seems like he did back in 1992.

Perhaps it’s not so much a case of “Benjamin Button disease” but something more supernatural as to why Brad seems ageless. After all, he did play Louis de Pointe du Lac in 1994’s Interview With The Vampire. Or, maybe he cut a deal with death after portraying Death in 1998’s romantic fantasy Meet Joe Black. Or, maybe Brad Pitt doesn’t age because he’s a figment of our collective imagination, much like he was [Spoiler Alert for a 20-year-old-movie] in Fight Club? It was that latter film which gave his career a much-needed reinvigoration. From that point, roles in Snatch, The Mexican and 2001’s Ocean’s Eleven transformed Brad from “Hollywood heartthrob” into an icon of cool.

The only person who thinks Brad Pitt isn’t ageless is…Brad Pitt! “I’m behind the camera on the producing side, and I enjoy that a lot,” he told GQ Australia in early July 2019. “But I keep doing less and less. I really believe that overall it’s a younger man’s game – not that there aren’t substantial parts for older characters – I just feel, the game itself, it’ll move on naturally. There will be a natural selection to it all.

“But I’m curious to see what the future of film is, what shape it takes,” he added. “I really appreciate the streaming services because we’re seeing more and more quality projects being made. We’re seeing more writers and directors and actors getting a shot. It just tells you how many talented people are out there. I like to think there’s room for both. But I could be a dinosaur and not even know it, man. And the comet could be on the way.” From the looks of it, even if that comet were to hit, a youthful Brad Pitt would still be walking the earth.

Seth Rogen: Bravo asks people to pay $40k to be on Below Deck 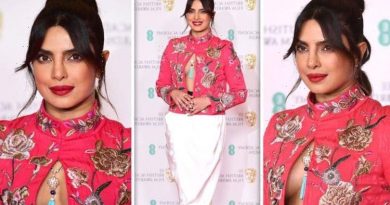 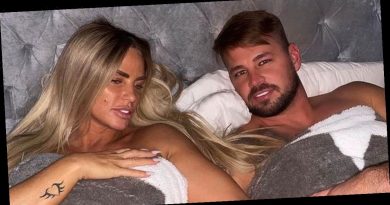