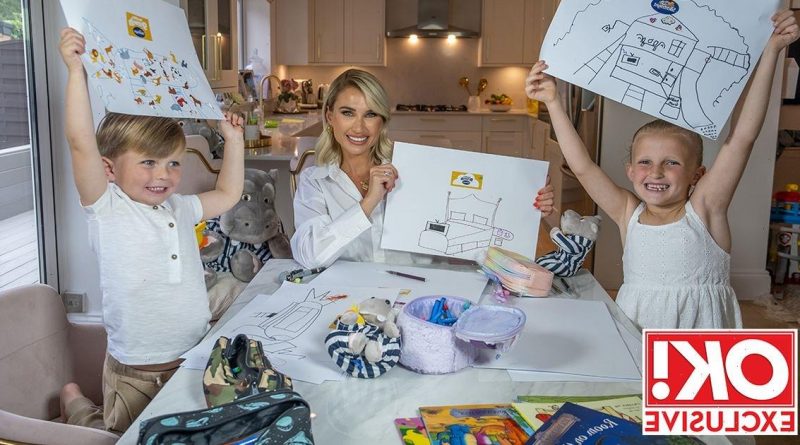 Billie Shepherd may have her hands full with two boisterous children, but the star won’t rule out another baby just yet. “I always say I’ll think about it,” Billie, 31, reveals as we catch up over the phone.

The star, who has daughter Nelly and son Arthur with husband Greg, 35, says her eldest in particular is desperate for a little sister – and there may be room in the Shepherd clan for a third baby, as Billie confesses she can’t believe how much her youngsters have grown up recently. Nelly has just turned seven, and Arthur, four, is off to big school.

“Honestly, it’s crazy,” she says. “I can’t believe she’s seven. It feels like a real grown-up age. And Arthur going to school is mad.”

Viewers have seen the Shepherd children grow up on The Mummy Diaries – which Billie filmed with sister Sam Faiers – sharing everything from Billie and Greg’s wedding to their attempts to get Nelly to sleep in her own bed. And as Sam steps away from the project with her partner Paul Knightley and their children, Paul Jr and Rosie, the Shepherds will be taking centre stage with their new show, The Family Diaries.

Here, OK! catches up with Billie about her busy life, the new series, and how she and Greg plan to spend the holidays and their 10th anniversary.

Has it been strange filming The Family Diaries without Sam?

Me and Samantha were saying recently, the last two series, we barely filmed together anyway because of lockdown, so it’s kind of eased me into filming just with my mum, Greg and the kids. It’s not been as much of a shock to the system as it would have been.

Tell us about the new show…

It’s a continuation of The Mummy Diaries, except it’s just us. We’re filming a lot more, so it’s quite full on, but I’m really excited. I think I’ll be really nervous on the launch of the show, with it just being me and Greg!

Do you think another baby is on the cards?

Nelly really wants one! She keeps saying, “I want a baby sister.” And I’ll be like, “We can’t guarantee it would be a sister!” I always say I’ll think about it. It’s just that at the moment, there’s a lot going on. Maybe when we’re in the new house and a bit more settled. Nelly really wanted a dog for her birthday but time doesn’t allow for a pet right now.

Yes, it was so lovely, although the weather wasn’t the best. During the set-up, it started really raining, and because it was horse riding, it was all outside. We had a couple of gazebos but I was really panicking. And then, just as the party started, the rain stopped – I was so relieved. The kids loved it, they had so much fun.

Honestly, it’s crazy. I can’t believe she’s seven! It feels like a real grown-up age. I’m getting the backchat already, I can’t imagine what she’ll be like as a teenager. And Arthur going to school is mad.

Yes, she’s really loving it. I had her parents’ evening recently and she hit 98% in her results. We did have a little bit of trouble in year one, as she didn’t really want to do her homework. Now, she’s like Matilda [the Roald Dahl character] – she doesn’t stop reading, and she loves writing, too. I’m so happy that she’s enjoying it.

And Arthur is growing up fast, too…

We’ve got his graduation at nursery this week! They wear the cloak and they’ve got the lyrics of You’ve Got A Friend In Me [from Toy Story 4] to learn. I think it’s going to be quite emotional. We’re going uniform shopping this week, too. I think he will love big school. He’s going to the same one as Nelly and it’s such a lovely school. I think it will be good for him, but I don’t know how it’s going to go down.

How are the house renovations coming along?

It is taking quite a while, but we’re hoping to be in by spring of next year. It’s coming along really well, we haven’t had any major hiccups yet.

Do you think this will be your forever home?

I think we will be there for quite a while. The location we’ve bought is perfect for when the kids are at school. I think I’d like to move a bit further out into the countryside eventually – but that’s a while away yet.

Will you give the kids creative control over their own bedrooms?

Yes! We partnered up with Silentnight and they got to design their dream beds, which they absolutely loved doing. Their ideas were so out there – a ball pit, slide and space ship! With the renovations going on, they are very vocal about what they want. Arthur has got a little box room in our current house so it’s going to be nice for him to have his own space.

Do you have any big plans for the summer?

We’ve got a little staycation booked in Dorset and we’re hoping to go away to Greece as well – it just depends on the rules. In September, Greg and I will have been together for 10 years, so we’re going to plan something for that to celebrate.

Billie has teamed up with Silentnight to launch a Dream Bed competition, which will turn one kid’s dream bed drawing into reality. The competition allows kids’ imaginations to run wild, designing the bed of their dreams, and one lucky sleepy head will have their dream come true. for more information, and to enter, Head to silentnight.co.uk/kids-competition

For more updates on Billie and her family, sign up to our daily OK! newsletter. 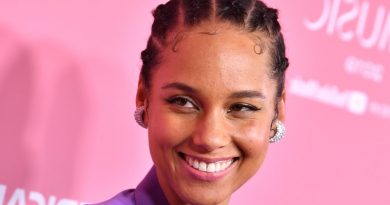 Alicia Keys’ Net Worth: The Singer Is Worth Way More Than You Think 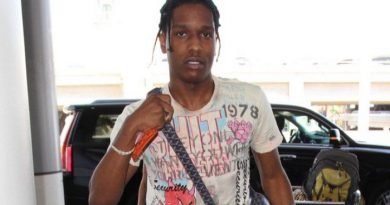