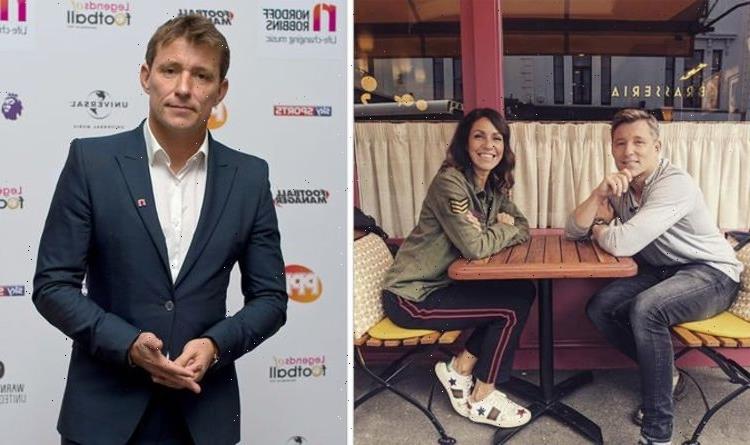 Julia Bradbury says her daughter ‘hasn’t left her side’

Ben Shephard, best known for his work on GMTV and Good Morning Britain, shared a heartfelt post about his friend and former co-star Julia with his 480,000 Instagram followers this evening. In September Julia, 51, made the news of her breast cancer public and Ben has been one of many of her close friends to rally around her in support.

Ben, 46, shared a snap of Julia and himself sitting across the table from one another outside a Brasserie with smiles on their faces.

In the caption, he wrote: “Spent the morning with the wonderful beautiful brave talented force of nature that is @therealjuliabradbury who I’m very fortunate to call a friend.

“We’ve worked together, drunk together and always laughed together, and I can’t wait to do more of the same.”

The presenters previously worked together in 2013 on ITV show Mystery Map, which saw them investigate some of Britain’s most famous mysteries and paranormal incidents.

The pair appear to have remained good friends since then, as Ben has been quick to praise the star’s “Bradbury spirit” amid her health issues and was keen to spread positivity her way.

“She has a tough journey ahead,” he penned.

“But one I know she will attack with zeal, drive and typical Bradbury spirit (more often than not an alcoholic one!)

“Bradders here’s to the beers on the other side I’ll get them in!!!”

He then added the hashtags #breastcancerawareness and #juliabradbury to show his support.

Last month, Julia revealed that she would have to undergo a mastectomy, which involves removing her left breast to eliminate a six-centimetre tumour.

“Please self-check regularly & if you have any unexplained pain, tenderness or lumps, please ask for checks & follow ups.

“And ask for a 2nd opinion if you’re not happy.”

Julia attended the National Television Awards shortly before her diagnosis was revealed and explained that her silver off-the-shoulder jumpsuit was “a kind of goodbye to the body I’ve been living in all these years”.

She also described how putting on a brave face was difficult while friends were still in the dark about her news.

She revealed that she was in a box with the likes of Ben Shephard and Cherry Healey when Kate Garraway’s documentary about her husband Derek Draper’s battle with long Covid won an award, which prompted a deep conversation about life-changing moments.

“It was difficult to participate,” she explained.

“I hadn’t told them yet so I had to step away.”

Julia has the love and support of her husband Gerard, and their children, Zeph, ten, and twins Zena and Xanthe, six. 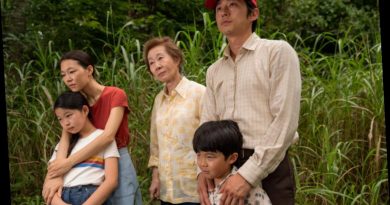