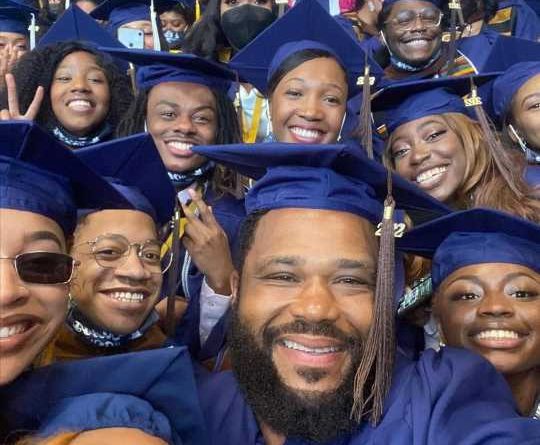 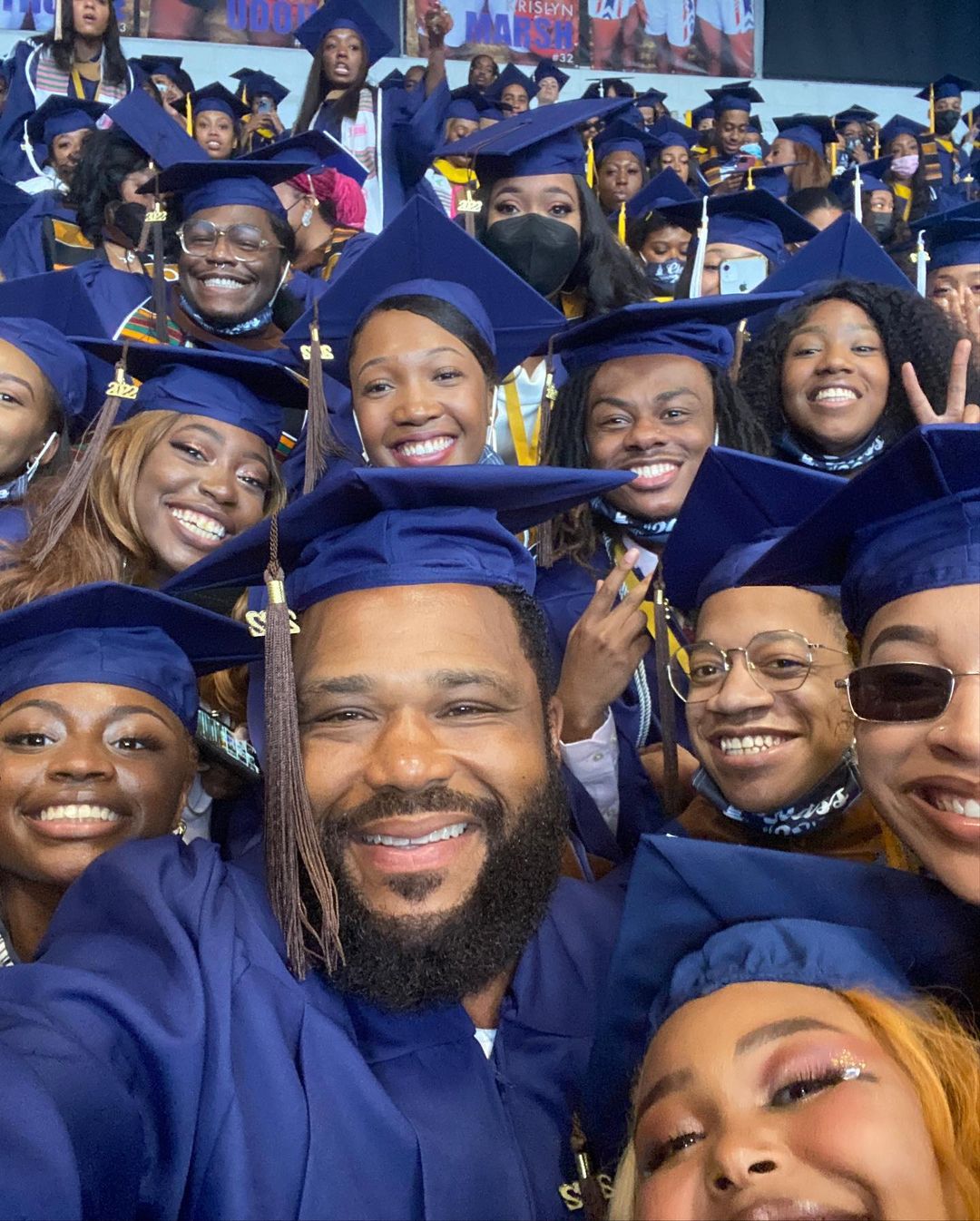 Howard University has a new alumni: Anthony Anderson graduated last weekend, finishing his Bachelor of Fine Arts degree after 30 years. Anthony was studying theater at Howard in his youth, but left the school after his junior year because he could no longer afford it and couldn’t rely on familial help as the oldest of four. Anthony was inspired to complete his degree when his son was accepted to his almost-alma mater. He finished up his coursework online and walked in the graduation ceremony last weekend.

The Black-ish star, 51, earned his bachelor’s degree from the Chadwick A. Boseman College of Fine Arts over the weekend, sharing photos on Instagram of himself in his cap and gown alongside commencement speaker Taraji P. Henson, college dean Phylicia Rashad, and others.

“To quote Biggie, ‘IT WAS ALL A DREAM!’” Anderson wrote. “Words can’t begin to describe the emotional roller coaster I’m on right now. It’s literally been 30 years in the making. This spring I was finally able to complete the work to graduate from Howard University with a BFA degree from the Chadwick A Boseman College of Fine Arts!”

Howard named the College of Fine Arts after the late actor and alum Chadwick Boseman in May 2021, nine months after his death.

Anderson continued: “Yesterday was a full circle moment It’s never too late! Things happen when they’re supposed to happen!” He also thanked his son, Nathan, for inspiring him to earn his degree after he was accepted into the college. The actor has previously spoken about dropping out of Howard due to financial troubles.

“I am going to finish this spring,” Anderson said on The Real in February. “My degree will be in fine arts. I was a theater major while I was at HU and had to leave after my junior year because I ran out of money. And a few years ago my son got accepted to Howard University, and he inspired me to go back and get my degree. I thought we were going to walk together in 2022, but real life happens. Just like it happened to me — I had to withdraw after my junior year — real life happened with my son, so unfortunately we won’t be walking together, but hopefully he’ll be walking soon.”

Anderson continued to share moments from his graduation ceremony Monday, including a video of university president Wayne A.I. Frederick shouting him out in a speech. “When the president of the university shouts you out from the stage because he knows how big this moment is for you!” Anderson wrote. “Thank you Dr Wayne A I Fredrick! I could not have done this without you!”

The achievement comes just weeks after Black-ish ended its eight-season run on ABC. “What this show has done and shown for the culture and African American families… really all American families overall, will never be forgotten,” Anderson reflected in an Instagram post last month. “I am humbly honored… Emotions are running the full [gamut] from joy, pride, sadness… Adoration and more!”

I didn’t realize that Howard had renamed its College of Fine Arts after the late Chadwick Boseman, also an alumni; that’s lovely. Taraji P. Henson, another alumna, was the commencement speaker; and as dean of the college, Phylicia Rashad handed Anthony his diploma. I think it’s very cool that Anthony did this so many years later! As he said in his appearance on James Corden’s show, after he left school “life happened” — meaning his kids, marriage, and his successful acting career. He’s been acting since the mid-90s and he’s quite prolific. It’s not like he “needed” the degree at this point, being that he’s already so successful, but maybe it always nagged at him that he had just one year left. When I saw this news, the first thing I thought was how did Anthony find the time? The series finale of Black-ish just aired and he’s also reprising his role from 10+ years ago in the Law & Order revival. I wonder if the online completion option was something good that came from covid. It was definitely convenient for a busy actor!

Also, Anthony’s Black-ish character graduated from Howard and was super disappointed when his on-screen son was accepted, but decided not to matriculate. I assumed that was a Kenya Barris thing, since that character is such an avatar for him, but I guess it had more to do with Anthony’s connection to Howard!

It’s nice that Anthony’s son, Nathan, was his catalyst for returning, but it’s too bad they couldn’t walk together like Anthony hoped. Nathan and his friends did take Anthony out to celebrate though! In my early 20s, my friends and I would have been mortified to party with a parent, but I guess it’s cool if it’s Anthony Anderson. I’m sure his son is very proud of him! 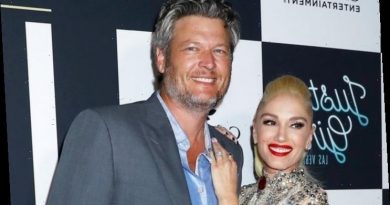 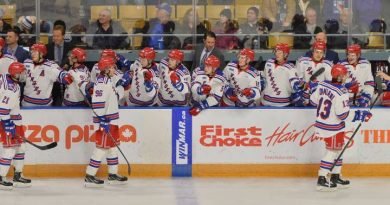 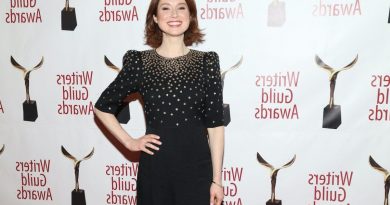