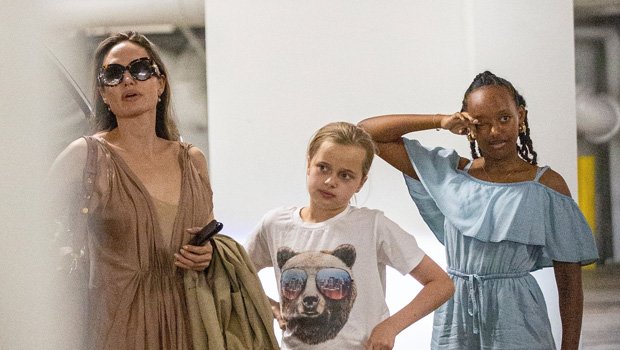 Angelina Jolie was dressed to impress when she stepped out in a long nude-colored dress while shopping with her daughters Zahara and Vivienne at Westfield Century City in Los Angeles, CA on July 23.

Angelina Jolie, 44, turned heads when she showed up to shop in Los Angeles, CA with her daughters! The actress donned a nude-colored ankle-length sleeveless dress with shades and tan sandals as she made her way across the parking garage at Westfield Century City shopping center on July 23, and she was joined by Zahara, 14, and Vivienne, 11. The mother and daughter trio looked to be in good spirits with smiles on their faces as they walked by photographers. They were also joined by an unidentified male.

The latest outing comes after three days after Angelina surprised fans by showing up to Comic-Con in San Diego, CA to do press for the Marvel flick The Eternals. The brunette beauty looked fantastic in a long black sleeveless dress with matching heels at the event and smiled as she spoke to the audience. “I’m so excited to be here!  I think what it means to be a part of the MCU, what it means to be an Eternal, what it means to be in this family,” she said during her speech. “We’ve all read the script and we know what the task is and so we are going to work very, very hard.”

Before her Comic-Con appearance, Angelina was seen on a different outing with Vivienne and it involved the proud mom getting a gray and white bunny for her excited look-alike gal. Vivienne, who is one of six children Angelina shares with ex Brad Pitt, 55, came out of a PetCo holding the bunny in a carrier as Angelina held a bag of supplies.

Since her split from Brad, Angelina has been seen out and about with her children on a regular basis and they seem to be her number one priority right now, proving that she may be an award-winning movie star, but being a mom is what’s most important! 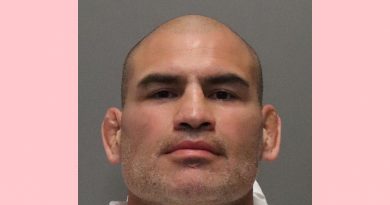 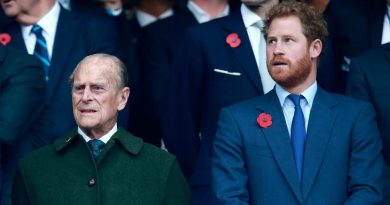